Several film celebrities took to social media and expressed their disappointment after a special NDPS court reserved its order in connection with the bail plea filed by Shah Rukh Khan's son Aryan Khan, on Thursday. 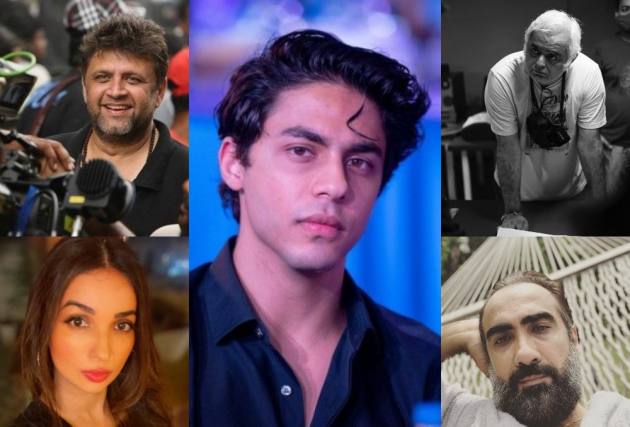 Several Bollywood personalities including filmmaker Rahu; Dholakia and Swara Bhasker were disappointed after a special NDPS court reserved its order till October 20, on the bail application filed by Bollywood superstar Shah Rukh Khan’s son, Aryan Khan, following his arrest by the Narcotics Control Bureau on October 3.

As news came in that the court will now pass an order on Aryan Khan's bail plea next week, filmmaker Dholakia tweeted his reaction.

I respect and support people doing their job, unfortunately this is not seeming to be about that.

Disappointed with the decision of extending Aryan’s jail time. #AryanKhanBail

Without taking any names, filmmaker Hansal Mehta in a tweet said the consumption of marijuana/cannabis may be legal in many countries, but in India leads to "harassment".

Marijuana/cannabis consumption is legal in many countries. It has been decriminalised in many. In our country its consumption is used more for harassment than for narcotics control. A movement like the one to abolish sec 377 is necessary to end this continuing travesty.

In a tweet alluding to the court's decision today, actor Ranvir Shorey wrote, "It is the old habit of the society to give punishment or benefit of the deeds done by the parents to their children. Regrettable. #NoteToSelf."

Aryan Khan, 23, was arrested on October 3 with seven others when the Narcotics Control Bureau (NCB) busted a drugs party on board a cruise ship. He is currently in Arthur Road prison.

Before the decision was announced on Friday, screenwriter Kanika Dhillon commented on a news article which stated that Aryan Khan wasn't even on the cruise and nothing was found on him.

if Nothing found on #aryankhan-n he still in jail,longer he denied bail;wont he b an example?poster boy 4injustice n travesty!a star behind bars-4 there’s no greater tyranny than perpetrated under d shield o law!Bt I blieve OUR courts will give him his basic right!prayers @iamsrk pic.twitter.com/FUiSInitLT

Sharing a photo of a news article that read ‘Aryan Khan’s lawyer Amit Desai: They are not peddlers, racketeers or traffickers’, actor Tanishaa Mukherji wrote on her Instagram Story on Thursday, “free him already!!”

Her star sister Kajol, who shares a close bond with Shah Rukh Khan, is yet to comment on the matter. Even a few celebrated personalities like the Bachchan family, Ajay Devgn, Akshay Kumar and the young brigade of Bollywood haven’t said anything as yet in public.

Superstar Salman Khan, who stays a few minutes away from Shah Rukh Khan’s residence Mannat in suburban Bandra, has visited him twice since the arrest of Aryan Khan.

Ardent fans of Shah Rukh Khan have often been spotted speaking up for the family not only on social media but also have been photographed outside his residence with banners of support.