Home  »  Website  »  Arts & Entertainment  »  Bollywood Whodunnit: Is Rhea Chakraborty In Or Out Of Big B’s Chehre?

Rhea Chakraborty is conspicuous by her absence on Chehre poster, not even tagged on Twitter by any one of the cast and crew, including Amitabh Bachchan. 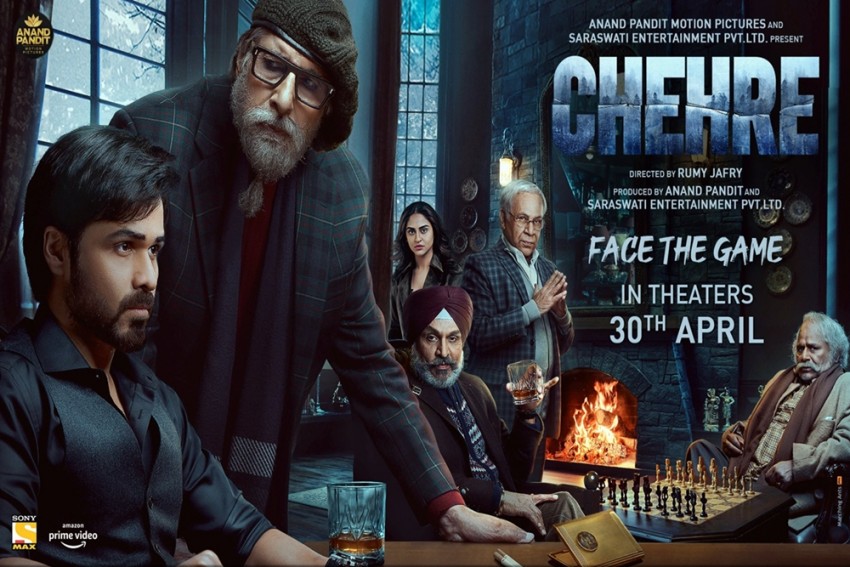 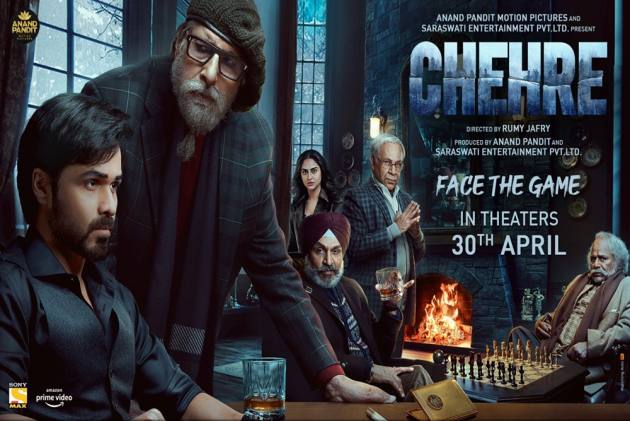 Is Rhea Chakraborty in or out of Chehre, an Amitabh Bachchan-Emraan Hashmi starrer, which she was working in before a storm of unsavory controversies arising out of the death of her actor-boyfriend Sushant Singh Rajput devastated her life?

The eagerly-awaited mystery thriller, directed by noted screenwriter Rumy Jafry is set to hit the screens on April 30, but Rhea is conspicuous by her absence on its poster, which has just been released. She was not even tagged on Twitter by any one of the cast and crew, including Bachchan, who took to social media platforms to reveal its date of release, with its eye-catching poster.

Now, her name has also gone missing from the cast of the film given on the IMDb, a popular website, adding to the mounting suspense over her presence in the film. It has set off speculations over whether her role has come under the chopping block at the editing table because of the fears of a backlash from the trolls or Rajput's fans, who had launched a massive campaign against the 28-year-old actress, holding her responsible for the demise of the Bihar-born actor under unfortunate circumstances at his Bandra residence in Mumbai in June last year.

Nonetheless, some of Sushant’s fans, who are still running an online campaign seeking justice for the late actor, believe that the actress remains a part of Chehre but the makers have deliberately avoided giving her name or photo in their promotional campaign. “Sorry Babu we are not fools,” says one tweet, giving a call for the movie’s boycott.

After Sushant’s demise, Rhea was arrested last year by the Narcotics Control of Bureau (NCB) and spent about a month in jail amidst a cacophonous media trial, where she was pronounced “guilty” for the abetment to the late actor’s alleged suicide. Even though she was subsequently released on bail, the investigations in the case by NCB and the CBI are still on.

Rhea has been keeping a low profile since getting bail, only making rare appearances in public. But her supporters, both in and the outside the film industry, who had rallied around her, had apparently been looking forward to Chehre’s release, hoping it would help her move on in her life and career. Needless to say, the notable omission of her either her name or picture on Chehre’s poster for whatever reasons has baffled, if not shocked, them.

Since the makers have not yet come out with any official statement as to whether Rhea remains part of the star-cast or if she has been deliberated left out of the promotional campaign, the industry remains agog with all kinds of conjectures ever since its poster was revealed the other day.

Produced under the banners of Anand Pandit Motion Pictures and Sarawati Entertainment Private Ltd, Chehre stars among others Dhritiman Chatterjee, Anu Kapoor, Raghubir Yadav, Siddharth Kapoor and TV actress Krystle D’Souza, apart from Bachchan and Hashmi. Interestingly, while a newcomer D’Souza figures prominently on the poster, Rhea is nowhere to be seen.

The film was initially scheduled to be released in July last year. But it had to be postponed because of the nationwide lockdown due to Covid-19 pandemic.

Rhea was supposed to play the character of Neha Bhardwaj in the film but nobody from the production houses has yet come forward to either confirm or deny that she is no longer part of Chehre.