Boney Kapoor took to Instagram to share some throwback photos with Sridevi. The photographs are from their vacation to Alaska in 1998. 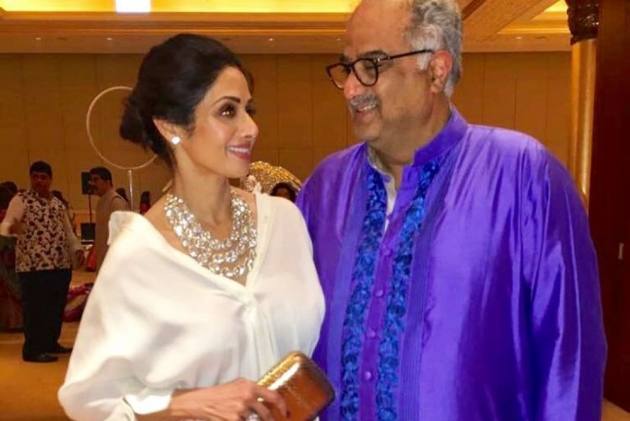 It has been nearly four years since actress Sridevi passed away. Her untimely death shocked not just her family but also the whole film industry.

Producer Boney Kapoor is frequently spotted on social media reminiscing about his good old days with his wife Sridevi with lovely flashback photos. Continuing on this trend, the acclaimed filmmaker has once again turned to Instagram to share some throwback photographs with Sridevi.

It's worth noting that these photos of Kapoor and Sridevi were taken in 1998 when the pair was on vacation in Alaska. Sridevi was seen clinging on to Kapoor in the first photo, while the latter couldn't keep his gaze away from her as she flashed her flawless smile. The pair in the other photo was enjoying the sight of the snow. While these photos are a pleasure for fans, netizens went to the comments section to show their support for the late actress.

Take a look at Instagram posts that Boney Kapoor shared:

For those who are unaware, Sridevi died on February 24, 2018, in Dubai. She had gone to the city with Boney and Khushi Kapoor. Janhvi Kapoor was unable to attend the wedding due to the filming of her debut film Dhadak. When questioned after the actress's death if there was ever a time when he didn't miss the love of his life, Boney Kapoor choked up and said, "Namumkin Hai (Impossible)".