An illustrated children’s book that introduces and normalizes queerness while gently nudging its readers to be more open, receptive, kind and loving 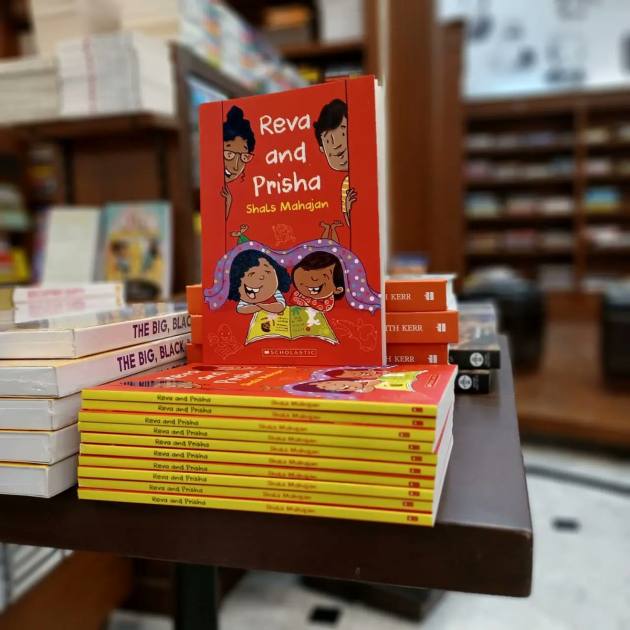 Runu Yusuf is a college professor. Pritam Singh is a writer of detective fiction. These women are deeply in love with each other. They have built a warm cocoon of safety and comfort in which they are raising their twin daughters—Reva and Prisha. These girls have found a creative solution to the apparent quandary of how to address two mothers. Runu is called Momma, while Pritam is called Amma. It’s that simple.

Runu and Pritam decided to get rid of the surnames that mark them as Muslim and Hindu respectively. They call themselves and their daughters “the Sahil family”. They also have a family song, which begins with these lines: “A family’s a family/no matter how mad!/A family’s a family/who hugs you when you’re sad!” If you are wondering why you haven’t heard of the four Sahils before, it’s because they exist only in the fictional universe of an Indian children’s book, and not in flesh and blood.

India’s Supreme Court decriminalised queer intimacies in 2018, but the reading down of Section 377 of the Indian Penal Code has not translated into marriage equality in our country. How long this development might take is a question that remains to be answered. In the meanwhile, Scholastic India—a publisher of children’s books—has gone ahead and released a new book about two mothers and their twin daughters.

Titled Reva and Prisha, it is written by Shals Mahajan, whose biography is a fascinating story in itself. They describe themselves as “a writer, layabout, part feline, somewhat hooman, gender queer fellow who lives in Bombay, but mainly in their head”. They have been associated with the Forum Against Oppression of Women and Stree Sangam—renamed as Lesbians And Bisexuals In Action (LABIA). They have also co-authored the iconic volume No Outlaws in the Gender Galaxy (2015) with Chayanika Shah, Raj Merchant and Smriti Nevatia.

What does a typical evening in the Sahil family home look like? Here’s a description from the book: “Dinner time was chatting time. Both Amma and Momma liked to share all about their day and Prisha and Reva did the same. It was complete attention time. Of course, most of the attention was on the food.”

Sushmita Chatterjee, Senior Editor at Scholastic India, says, “Reva and Prisha focuses on the idea that a family can be composed of anyone, and is not always a father-mother-child unit. The endearing characters and everyday adventures of the twins with their mothers shows that love for oneself and each other is the most important aspect of ‘family’.” She believes this book could “provide a starting point to conversations around same-sex relationships and families in India”.

The girls have also made up their own origin story. They believe they once existed as little fish floating in the bellies of their mothers, who decided to let them be and did not make fish curry out of them. Apparently, this kindness made Reva and Prisha realise that Runu and Pritam would be good to have as mothers.

The queer couple is both amused and taken aback when they hear this explanation, but they do not jump in to correct their daughters. Their parenting style leaves ample space for curiosity. Runu and Pritam want to see the world through their children’s eyes. They do not talk down to their daughters. They ask questions to help Reva and Prisha articulate their thoughts and share their concerns more clearly.

Mahajan says, “I don’t interact much with children but for me, the whole question of how adults and children interact with each other is a very interesting one. Family is not a conservative, authoritarian, patriarchal space of control in my book. There is an ease of relationship between the adults and the children.” One of the children in Reva and Prisha’s school struggles to understand how they can be simultaneously Hindu and Muslim, because his father insists that a person can be either, not both.

Mahajan says, “These queer women are trying to create a different kind of ethos from what is conventional and normative. Everyone has the right to create and be part of families and feel loved. We create bonds of intimacy in a variety of ways. What matters is the nature of the relationship, rather than who is in it. Same-sex marriage is only one of many ways in which queer people choose to live together.”

Reva and Prisha comes after the success of Mahajan’s earlier books Timmi and Tangles (2013) and Timmi and Rizu (2017), which were also written for children.

They say, “I don’t plan my books. Sometimes, a character just comes into my head and stays there. I’m a very slow writer. Many years go by between one book and the next. Books gestate over a long period of time, and they become what they are.”

Reva and Prisha go to a school where teachers are well-informed and open about queer relationships. Mahajan has tried to create the kind of world they would like to see, instead of using the book only to reflect on the inequities queer people currently face in Indian society. These characters came into Mahajan’s head “fully formed”, and have stayed with them for three years, until the book’s publication this year. It was meant to be published in 2020 but got delayed by the pandemic.

The illustrations by Lavanya Karthik add depth and nuance to the book. One of her most poignant images shows Pritam seated on a bean bag in Reva and Prisha’s classroom, surrounded by affectionate children who are enjoying their presence and playing with them. This image is a subtle statement against the harmful narrative of queer adults as predators who need to be kept away from children.

Karthik says, “I certainly haven’t seen adult queer representation in Indian children’s literature. The characters I drew were greatly influenced by Shals’ own visualisation of them, down to their hair, clothing and mannerisms. It was fun watching them evolve, first in my head and then on page.” She worked closely with Mahajan and Chatterjee, from the initial sketches to the final illustrations.

She says, “The biggest challenge was getting the adult characters right. Also, the stories mostly feature just four main characters and are predominantly set indoors, so it was a challenge to think up illustrations that would avoid monotony and retain a sense of fun.” Mahajan says, “I wanted Reva and Prisha to be illustrated by someone who would portray Runu and Pritam as humans and not as stereotypes.”

Mahajan likes to work intensively with illustrators, and is happy their illustrator was able to capture all the complexities they wanted to address. They say, “In a lot of Indian children’s books, the characters are too light-skinned. They look pink rather than various shades of dark. Lavanya and I spent a lot of time discussing the illustrations. Sushmita too was very involved in the process of getting apt illustrations for the text.

Reva and Prisha is not a book that is trying to preach. It is a fun-filled collection of stories about a family that discusses drinking caterpillar pee, eating books, and making pasta in chocolate sauce. Mahajan says, “I have bitten books as a child but never eaten them. They smell so good! Even today, when I buy a book that is fully colour-printed, I like to stick my nose, breathe it in, and smell what it’s like. I also love the textures of different kinds of books based on the quality of paper they use.”

Mahajan has not discussed queer politics in India in Reva and Prisha because it is meant to be a book for children. They have kept the tone thoughtful but light-hearted. This book offers slices of everyday life in a queer household. It is not meant to be a container for all possible questions about identity and representation, making the book accessible. Even the progressive queer flag used in the book is quietly placed in a fish bowl. The feeling of pride here is secure but understated.

Mahajan says, “Given the harshness we see in our world, we live with a lot of frustration and anger and despair. As I grow older, I realise how important it is to nurture love and connectedness with people who are like-minded, to have a sense of humour in your activism, and to know what you want the world to move towards rather than only fighting what you dislike in it. Whether it is my politics as a queer feminist activist or my writing as an author of children’s books, what remains the same is the worldview—a predilection towards gentleness, towards openness.”