Sonu Nigam has issued a clarification as to what had he meant when he said he wished he was born in Pakistan. Talking to a national daily, he said that he was joking and people took it in some other context. 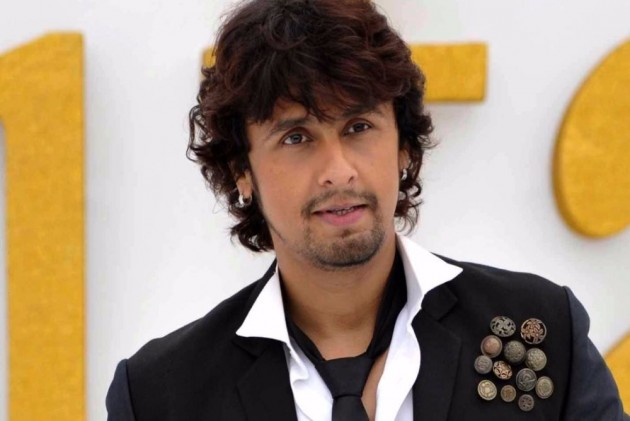 Singer Sonu Nigam, who has been in the proverbial eye of the storm for his comments on Pakistani musicians and the #MeToo movement, says he is concerned about the "country's anger" and would like people to "smile and be a little easy".

In an interview with Hindustan Times, the singer supported his statement by saying that what he had meant was something different. The point that Sonu Nigam was reportedly trying to put across was that in order to sign projects, Indian singers have to pay money to record labels while Pakistani singers, on the other hand, don't

"I had joked that I wish I was born in Pakistan. People took it in some other context. I have been saying for the last 25 years we cannot ban them, and everyone was saying they should be banned. [But] Hum itne tang dil nahi ho sakte ki hum unhe ban kar dein." HT quoted Sonu Nigam as saying.

An eye for an eye leads to lynchings and road rage incidents and is just not his style, said the singer who ignited twin controversies last week.

He said during a media summit that it would be better if he was from Pakistan so he would get more offers from India. Nigam also attracted attention with his verbal spat with Sona Mohapatra on #MeToo movement.

"I am very concerned about the country's anger. There has to be some decorum. The kind of language people use is unbelievable. The kind of language she (Sona) used, there is so much hatred. I maintained my decorum in all my statements. We need to smile and be a little easy," Nigam told PTI.

The 45-year-old said he became a victim of sensational headlines and their viral effect on social media.

"When I want to communicate something I will say what I know or believe in. I will speak the truth. Eye for an eye is not my style of dealing with things. This leads to mob lynching, road rage," he added.

With his comments on Pakistan drawing flak, Nigam issued a statement saying he has immense respect for global musicians, including Pakistani singers, but wishes for Indian artistes to be given same facilities as their foreign counterparts.

He said he made the remarks in response to a question on the current situation of the country's music industry.

"I was asked about how the business of music functions in India. I was just giving them a clear understanding of the business status right now. These days music companies want to own the singers so when the artiste performs the companies get a cut from that," he said.

"... The companies have this rule for Indian singers but not for the talent coming from Pakistan or any other country," he added.

Nigam asserted that singers from Pakistan were his friends and he has been the only one in the last 20 years to criticise those banning Pakistani singers.

"I don't believe in the banning politics. Having said that, if Indian singers are made to follow a certain rule, the same system should be implemented on people from abroad," he said.

At the summit, Nigam was quoted as saying that Anu Malik, his longtime friend, was accused without any proof and had maintained a dignified silence on the #MeToo allegations.

Mohapatra voiced her disapproval with Nigam for his comment on Anu. She had earlier called the music composer a "serial predator".

"The respectable lady vomiting on Twitter, is the wife of someone who I consider very close to me, so although she's has forgotten the relationship, I'd like to maintain
the decorum," Nigam had said.

Mohapatra, who is married to music composer Ram Sampath, retorted that addressing her relationship with a man to describe her identity speaks a lot about his "conditioning and world view".

Nigam said his comments on #MeToo movement and Anu were misconstrued.

"It is an evil thing to try to bring out something so negative from something so positive. One person is saying common people should decide the punishment for a culprit, the other person is saying law should decide. Common man should not have the right to punish the culprit. It will be a riot like situation if common man decides to give the judgement and punishment."

He added that he has two sisters and had seen them going through a lot.

"Why will I justify something which will harm any woman? Shaming is perfect, but
to decide the punishment is not right. Let the law do its duty. Misconstruing my words like this is evil. But it's a part of life," he said.

The singer-actor reiterated his views on last year's 'azaan controversy', saying his comments were not directed towards any religion but at the use of loudspeakers.

The singer said he objected to singing on the mic during a recent visit to a temple in Rishikesh.

"In a civil society you need to behave in a certain way. You can't be doing anything in the garb of religion. I was right that day and I am right now as well," he said.

It may seem that Nigam, one of the biggest singers in Bollywood during '90s and early 2000s, is in the news more for his comments than his music, but he said he has been here for too long to use gimmicks to further his career.

"I don't want to impress people who are just talking about social issues to be in the news. I am not here to impress anyone. If I believe I make sense I will say what I want... My intent is very important to me. If my intent is wrong then I am wrong. If my intent is right then I do not care at all. I am answerable to myself," he added.