Box-Office Report: 'Shang-Chi And The Legend Of The Ten Rings' Beats 'Fast & Furious 9'

After the acid Monday test, the Marvel film seems to have surpassed the Vin Diesel franchise over the weekend collections. Here’s how much they individually stand at now. 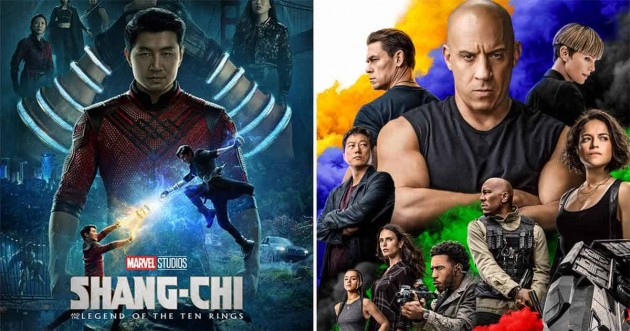 'Fast & Furious 9 (F9)', one of the most anticipated films of the year, finally hit theatres, competing with a Marvel movie in 'Shang-Chi And The Legend Of The Ten Rings'. Despite missing out on one of the major donors, Mumbai, the film has done well at the box-office.

'Shang-Chi’s competition has definitely reduced 'F9’s overall first-weekend collection. 'Shang-Chi And The Legend Of The Ten Rings' has recently surpassed 'Fast & Furious 9' at the Indian box-office, earning 10.61 crores net in its first weekend.

It would be fascinating to watch how both films do on weekdays after passing the crucial Monday test.