While Ram Charan portrays the role of Alluri Sitarama Raju, Jr NTR will be enacting the character of Komaram Bheem. Among those who appear in 'RRR' are Ajay Devan, Alia Bhatt, Shriya Saran, Olivia Morris, Ray Stevenson, and Alison Doody. 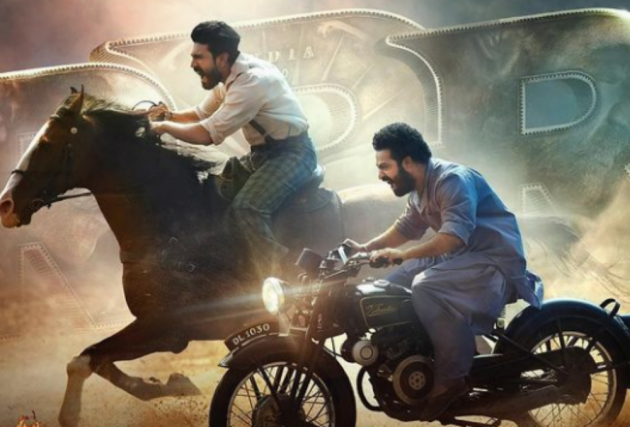 SS Rajamouli, the director of his upcoming magnum opus 'RRR', announced the release date of the much-anticipated trailer on Monday. The cast of the film also followed his footsteps in spreading the word about the much-awaited film.

Rajamouli has been touring the country to promote the film, which is set to be released on January 7, 2022.

The 'Baahubali' filmmaker updated the news of trailer release on social media.

The filmmaker has already started promoting the film in various cities across the country. He visited Bengaluru and Chennai last week to premiere the film's music video for 'Janani'. He has also promised a grand pre-release event in multiple cities with the full cast and crew in attendance ahead of the film's  upcoming release.

The fictional film is said to be inspired by Telugu freedom fighters Alluri Sitarama Raju and Komaram Bheem.

The film's release days has shifted multiple times due to the lockdown but the makers finally zeroed down on January 7, a week ahead of ausipicious festival of Makar Sankranthi. At the box office, the film will compete with several other much anticipated films including Prabhas' 'Radhe Shyam' and Bhatt's 'Gangubai Kathiyawadi'.

Another highlight will be  the artistic collaboration between Mahesh Babu and Rajamouli on a film very soon. This will mark their  first  collaboration together. Rajamouli will begin work on this script following the release of 'RRR'. The film will be based on a unique genre that both the directors haven't explored in their respective careers.

Meanwhile, according to  certain reports, it  has been disclosed that the 'Baahubali' director is considering to approach the 'Pithamagan' fame actor Vikram to play the antagonist in this film. According to reports, Rajamouli desired a star hero from the Tamil film industry to play this role. He considered Vikram would be a good fit and contacted him right away.