Britney Spears and her fiancé Sam Asghari were "excited to celebrate" her special day following the termination of her decade-long conservatorship. 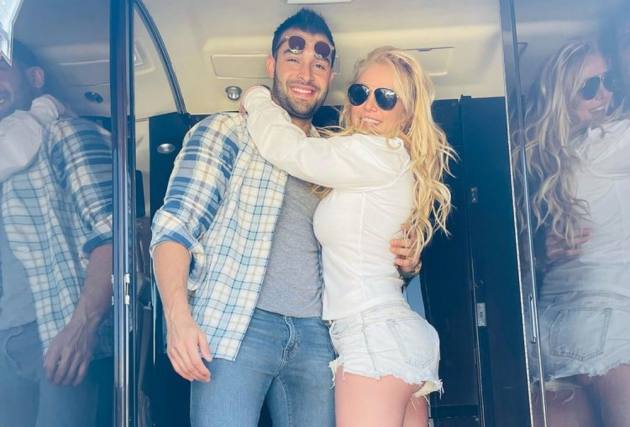 Spears' 40th birthday comes about a month after Los Angeles County Superior Court Judge Brenda Penny stated the Grammy winner's 13-year conservatorship was ending. The decision was reached without Spears having to undergo a medical examination, and all parties concerned agreed to it. At the time, the 'Toxic' singer called it the "best day ever."

According to a report by E-News, the singer and her fiancé Sam Asghari were "excited to celebrate" her special day following the termination of her decade-long conservatorship.

The couple is presently on vacation in Mexico, where they are having a "huge celebration," according to a source.

"It's the first birthday where Britney doesn't feel like she's just withering away," the source says. "This year, they're happy to celebrate Britney getting older because she's finally growing into her true self."

The insider adds, "She finally feels like she has purpose and Britney wants to celebrate that to the fullest."

The singer's fiancé is "going all out on gifts for Britney" as the couple "want to completely live it up and not be low-key about it."

Spears shared a video montage from her getaway, which began with a large balloon display wishing her a happy birthday.

The 29-second video showed Asghari popping a bottle of champagne on a private jet, a decorated cake in the shape of a "B," a mariachi band welcoming Britney to her birthday celebrations, and nighttime fireworks show.

"I'm so blessed and grateful !!!! Tears of joy today," Spears wrote on her Instagram. "Thank you for all the b-day wishes !!!! Psss I didn't even drink the champagne no lie !!!!"

She added, "With that said … I think I will have to put on my hot little dresses on every night for the rest of my life to break even for working for my family my whole life with only old songs permitted !!!"

She later described the end of her conservatorship as a "victory," telling fans, "I'm celebrating my freedom and my B-day for the next two months !!!!!!!!!!!"