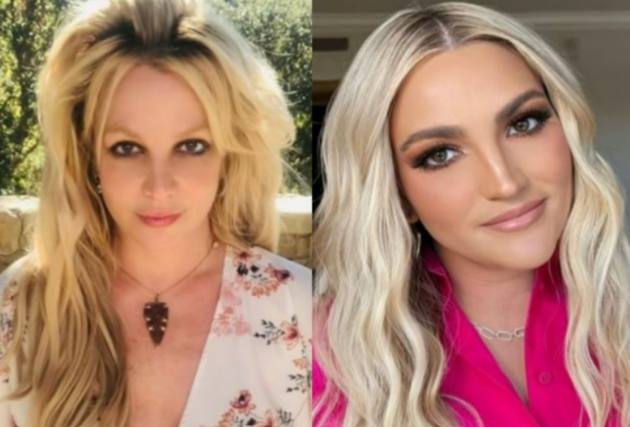 Singer-songwriter Britney Spears has rejected allegations that she previously locked herself and her sister Jamie Lynn Spears in a room while holding a knife. The latter made the charges in her new book titled 'Things I Never Said', describing her sister Britney Spears' conduct as "erratic, paranoid, and spiralling."

Hitting back via Twitter on Thursday, the 40 year old singer wrote:

"Jamie Lynn .. congrats babe! You've stooped to a whole new level of LOW .. I've never been around you ever with a knife or would I ever even think to do such !!! The only knife I ever saw you with at home was cutting the biggest pieces of squash I ever saw in my life and it was way too big for me to cut... So please please stop with these crazy lies for the Hollywood books.''

''NOW and only NOW I do know only a scum person would make up such things about someone... I'm actually very confused about you making that up because it's honestly not like you at all !!!".

Jamie Lynn Spears said that the book wan't about her sister and put up a post on Instagram in her defence. Heres a glimpse of the same: 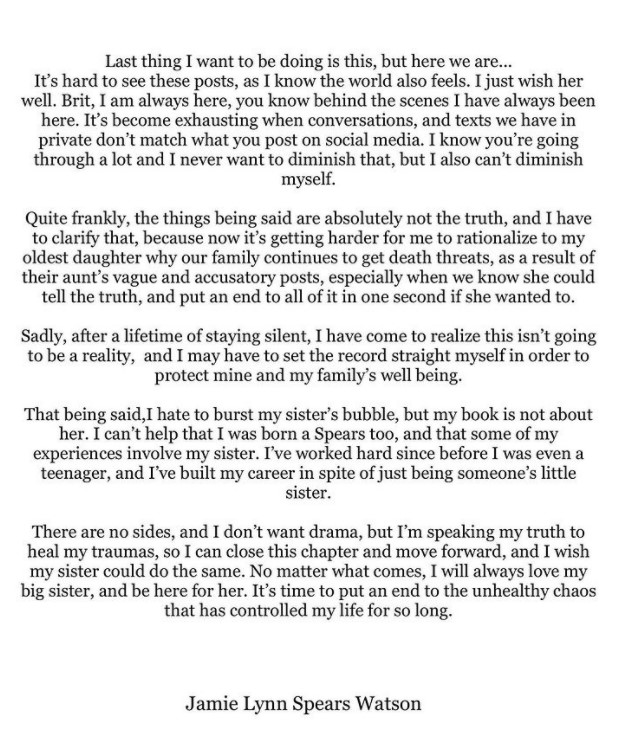 As per Daily Mail, Jamie Lynn Spears' marketing tour for her tell-all memoir has not impressed the singer.

On Thursday night, she tweeted a similar outburst from the day before, in which she stated she felt so bad that 'she might die' while watching her sister Jamie Lynn Spears promote her book.

The singer specifically refuted Jamie Lynn Spears's spurious claim that her behaviour had been 'erratic, paranoid, and spiralling' over the years, which the singer labelled as an attempt to 'sell a book at my expense,' as their family feud continues in the aftermath of Britney Spears' successful attempt to have her father removed as her conservator.