The three-season series is high on thriller and drama, forever keeping you on the edge of your seat, but also raising some pertinent questions about the human society 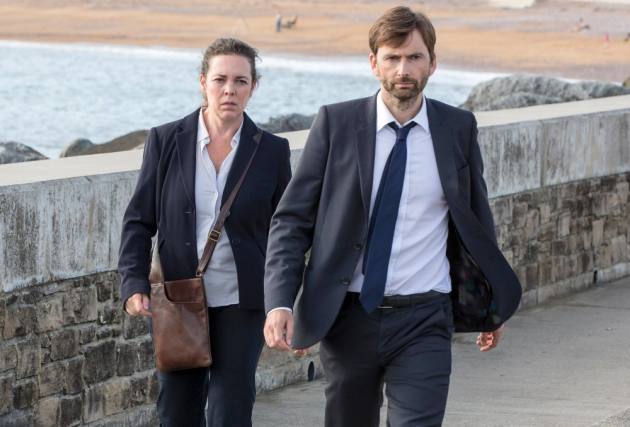 For the longest time, thrillers and dramas were considered two separate genres and not many makers liked the idea of mixing the two. Then came HBO’s ‘True Detective’ which successfully blurred lines between thriller and drama and probably paved way for other creators like Chris Chibnall, who took the best from both genrs and just mixed them all together, and created an edge-of-the seat and an equally gripping series on an emptional level, 'Broadchurch'.

The three-season series, currently streaming on Netflix, starring Olivia Colman, David Tennant and Jodie Whittaker, is a brilliant story line that  talks about how crime is born because of the insecurities and divisions in the society based on class, origin and gender, of course.

Even though the three seasons are remarkably different, in terms of purely thriller angle, the stories, they are bound by the common thread of socially conscious themes.

Maybe the best part about the series is the fact that, every character has a well thought out arc that are beautifully narrated over the course of three seasons. David Tennants DI Alec Hardy is a brilliant detective, who is  probably one of the sharpest police officers in the Scotland Yard, but his penchant for solving crimes is also his tragic flaw, something that separates him from his family, and also fairly alienates him from the rest of the characters in the show.

Olivia Colman’s Detective Sergant Miller is the complete opposite of Alex Hardy, when it comes to the posessing the inborn talent to solve crimes, but her meticulous, unassuming and forver hardworking approach is what reaps rewards for her. But while she does all that, her innocence, and her good-natured personality lands her in trouble several times, without her even realising it.

Jodie Whittaker’s Beth Latimer is forever caught in a time loop, recovering, or trying to recover from a terrible loss. Her newfound empathy, does her a lot of good, but also brings in a lot of trouble for her, especially on the personal front.

Yet, despite all that they are all very human, who understand and accept their flaws, and despite the tragedies they have had to face in ther lives, continue to not just live but, also try to help other around them in doing the same.

Unlike a lot of other series, 'Broadchurch' is not exactly your typical series which can possibly be watched in one go. The themes, the issues are so complex and in fact so many, that as an audience member you have to take it in very slowly. That’s the pace of the show as well, because it just does not want to show you, it also wants to make you feel.