Popular musicians Bryan Adams and Jon Bon Jovi have tested positive for the novel coronavirus following which the duo pulled out from two separate events. 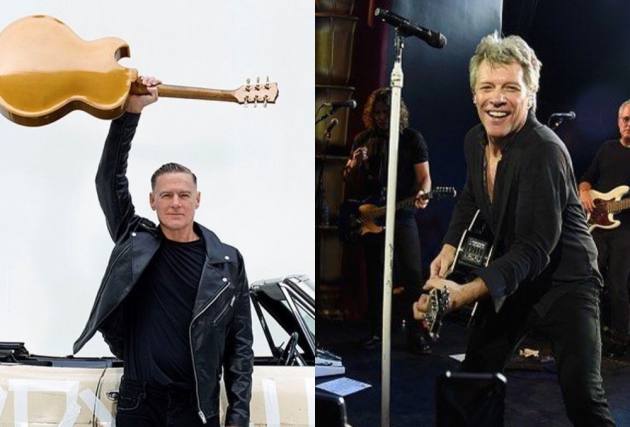 According to reports, while Adams was scheduled to appear at Tina Turner's Rock and Roll Hall of Fame induction ceremony, Jovi's scheduled concert called ‘Runaway With JBJ, was scrapped after an awaiting crowd was informed of the ‘It's My Life’ singer's results.

The show was scheduled for October 29 to 31 and included an acoustic storyteller performance with Jovi, a Q&A session and photo-op, in addition to a Halloween costume welcome party. A representative for Jovi stated that the musician is fully vaccinated and doing well.

Meanwhile, a representative for Adams said that the singer is fully vaccinated and showed no symptoms, but a last minute positive COVID-19 test rendered him unable to attend the event. Adams was supposed to perform a medley of songs including ‘It's Only Love’, which is a duet between Adams and Turner from his 1984 album, 'Reckless'.

Country star Keith Urban filled in for Adams at the ceremony to perform with R&B recording artist, H.E.R. in a recreating the Turner/Adams song.

He isn't the first celebrity to have contracted COVID-19 in recent days. Singer Ed Sheeran and reality television star Khloe Kardashian have also individually revealed that they are COVID-19 positive and taking every necessary precaution to stay isolated.

Khloe's 3-year-old daughter True as well has contracted the virus this time. Both Sheeran and Kardashian have also urged their fans to stay protected amid the pandemic.

I've tested positive for #COVID19
I'm fine n have isolated myself in home quarantine. Requesting everyone who came in contact with me to get tested immediately.
Also humbly request all you lovely people to take care of yourselves during the Diwali festivities ðÂÂÂÂÂÂÂÂÂÂÂÂðÂÂÂÂÂÂÂÂÂÂÂÂ