Kim Seok– jin once broke down on stage as he recalled how his mother would never 'brag' about him. “When I was younger, my mother used to just listen to her friends bragging about their sons," said the artist. 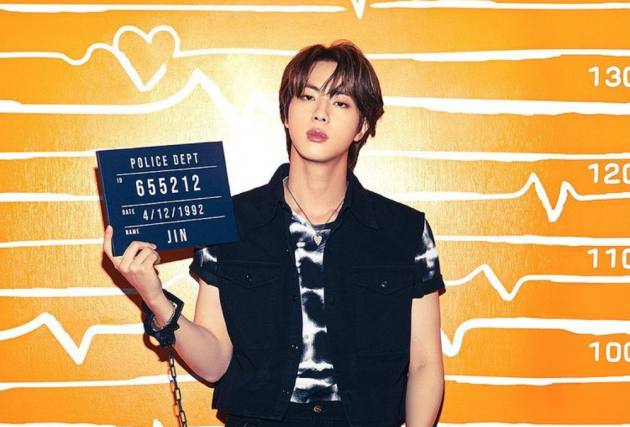 Today is singer Kim Seok-jin's or Worldwide Handsome, as he refers to himself – 29th birthday. ARMY adores the eldest 'hyung' (Korean word for elder brother) for his upbeat demeanour, never-ending 'dad jokes,' uncontrollable laughing, and, of course, his warm and affectionate attitude toward the rest of his band, particularly V and Jungkook. There's no suspicion that he is a trustworthy elder brother to the septet.

ARMY has learned via numerous interviews and, of course, the variety show, that Jin is known to 'lift the mood' during the band's difficult moments, as RM previously revealed. He's also the 'ice-breaker,' and his jokes are sure to put everyone at ease. J-Hope has been quoted as saying that he gives the squad strength and keeps the group together.  Jin, however, battles with self-esteem issues and is striving hard to be less vulnerable, as seen by their interviews and the 'BTS: Burn The Stage/ documentary.

These issues are worsened by the fact that, unlike the others, Jin did not join BTS as a vocalist or dancer. Jin comes out as a lot less confident in his early interviews, referring to himself as 'uncharismatic,' claiming that this is why he used to argue with the other members. During a particularly intense argument with V, a visibly embarrassed Jin admitted that he just pretends to smile and be cheerful and that he has a dark side that he hides.

Jin has progressed from being the youngest in his family to the septet's eldest member. “When I was a child, my brother and I always had a huge gap. He would always be the class president. So my mother always favoured him,” he once shared.

On stage, he once broke down as he remembered how he believed his mother would never 'brag' about him. Jin said, “When I was younger, my mother used to just listen to her friends bragging about their sons. So I realised I want to make my mother proud.”

He was chosen for BTS, because of his looks, and had to work harder to grasp intricate choreography. He once said, “I didn’t know anything in the audition, what to do, how to sing. I didn’t understand the rhythm.” During a live, he revealed how hard he had to work on himself. “Without skipping a day, I exercise while the kids are sleeping, but I don’t know when my body will start gaining muscles, then maybe I would be able to dance well.”

Jimin once said in the BTS documentary, “He works hard to improve his weaknesses. He works silently for our team.” Jungkook said, “You won’t see him practicing. He doesn’t make it obvious that he is practicing on his own. He’s just the kind that shows results of his practice.”

Jin's self-assurance grew even further when he began penning lyrics and eventually released three solo tracks, 'Awake,' 'Epiphany,' and 'Moon.'
Every BTS member is recognised for bringing something unique to the table, and Jin offered his remarkable emotional range as a singer, as well as his voice.

His vocal skill is on display in the song 'Dionysus,' in which he smoothly switches from a deep voice to a high treble. Despite this, he is still self-conscious about his dancing skills as a result of continual scrutiny and has confessed on multiple occasions that he isn't as quick as the others, something that the other members passionately disputed with.

In the past eight years, ARMY has documented and seen Jin’s growth as a K-Pop idol, and how he found his own footing in the septet.