RM and Jin were diagnosed with COVID-19 on Saturday evening. Another member, Suga, had tested positive for the illness on Friday. 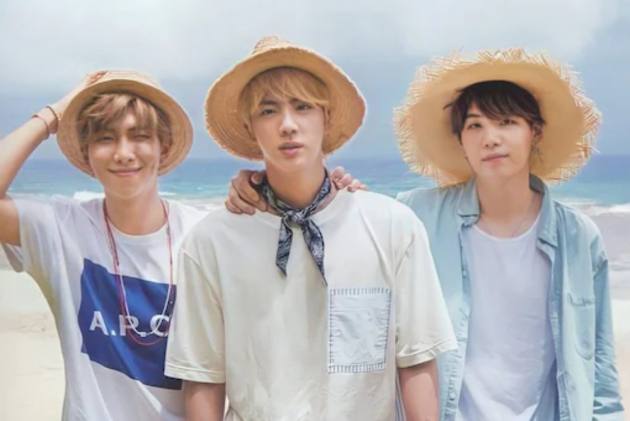 According to their management agency, three members of the K-pop group BTS have been infected with the coronavirus after returning from a trip overseas.

The Big Hit Music agency revealed in a statement that RM and Jin were diagnosed with COVID-19 on Saturday evening. Another member, Suga, had tested positive for the illness on Friday, according to the report.

After returning from his personal schedule in the United States earlier this month, RM tested negative. However, before his anticipated release from self-quarantine, he was diagnosed with the virus, according to the agency.

On the other hand, Jin returned to Korea on December 6 and was subjected to PCR testing. He was likewise tested before being released from quarantine, and the results were negative both times. However, after experiencing 'flu-like' symptoms, he was retested and confirmed to be Covid positive.

This comes only one day after BTS musician Suga was diagnosed with the illness. The 28-year-old musician and composer was found to have the virus on Friday during his self-quarantine after taking the PCR test immediately upon his return to South Korea on Thursday, according to a statement released by Big Hit  Music.

At the American Music Awards in November, BTS was voted artist of the year and favourite pop pair or group, as well as winning the favourite pop song award for "Butter" The group's duet with Coldplay, "My Universe," reached No. 1 on the Billboard Hot 100 in October. It was BTS' sixth No. 1 on the Hot 100.