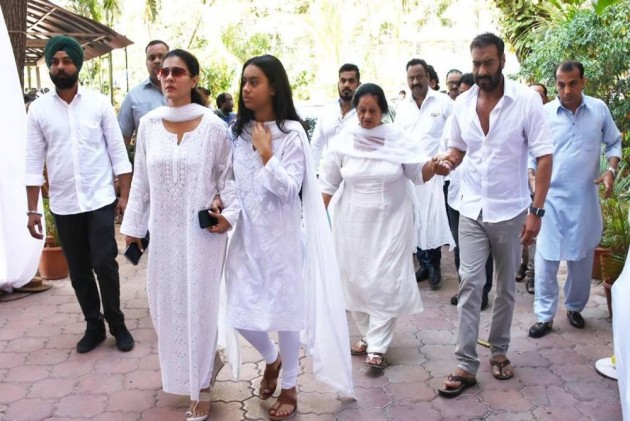 The prayer meet was held at the ISCKON Temple. Ajay, his mother Veena Devgan, wife Kajol and daughter Nysa were among the first to arrive.

Abhishek Bachchan, Vicky Kaushal, Karisma Kapoor, Raveena Tandon, Prem Chopra, Suresh Oberoi, Suniel Shetty and many more noted names from the industry were present to extend their support to the family in the moment of grief.

Kajol's mother and veteran actor Tanuja was not able to attend the prayer meet, as she underwent surgery for diverticulitis at the Lilavati Hospital, where she will remain admitted for a week. Nysa was in tears, and her father consoled her.