Chinmayi Sripada: When Shah Rukh Khan Meets You, He Makes You Feel Like The Most Important Person

In a first-person account, singer Chinmayi Sripada recalls her first meeting with superstar Shah Rukh Khan during the audio launch of their film 'Chennai Express'. 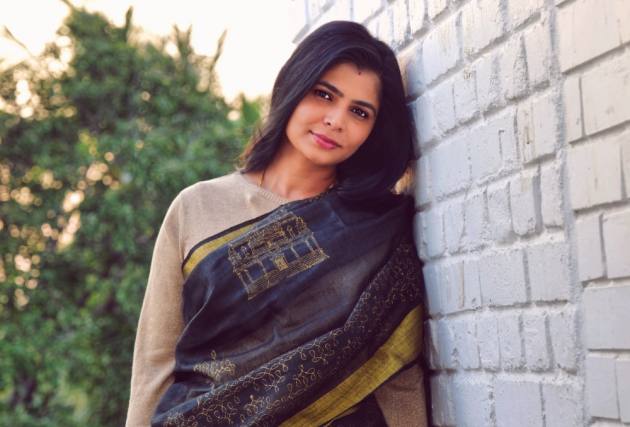 As Told To Yashika Mathur

More stories from As Told To Yashika Mathur
View All

I wasn't really supposed to be part of the Chennai Express Audio launch in Mumbai. But Shekhar (Ravijiani) sir asked me to come and I pretty much reached there at the last minute.

Before that, when the song (Titli)  had been released, I tweeted about it and said that it was an opportunity of a lifetime to sing for an SRK movie and had thanked Vishal (Dadlani) and Shekhar for it and Shah Rukh Khan replied saying 'thank you'. For a second I thought it was a fake account but then I saw that it was a verified account. I had a really weird emotional reaction to that. I was laughing at the same time I was crying. The general validation that person gave me. I wasn't able to process it. My mother said that it was interesting because I generally don't have such a reaction, so what was this about? It wasn't like I had grown up watching Shah Rukh Khan's films, it was not like I was a die-hard fan. I was just not expecting a star to respond like that. He could have just ignored and gone his way. All of this was happening online. There was something called a Tweet longer where you could blog. My mother wrote a long essay saying that she had never seen such a reaction from her daughter and she thanked him. That was that and it was over.

A few days later I went for the audio launch and Shekhar sir introduced me to him.

He was so simple, he was surrounded by thousands of people and I said, 'Hello sir' and he just remembered my mother's tweet! And I was like 'wow! '. This couldn't be scripted. And I was like, how did he remember this. I asked him, 'sir, how do you remember it?' and he gave me a very gentlemanly dimpled smile.

Then the audio launch happened. I generally don't know what to do after my work is done because I can't do chit chat and small talk. After that I said 'bye' to everybody. I went to Shah Rukh and thanked him and he said, 'where are you going? It's too early! " and then just sat there for 20-30 minutes. He was really kind and then he said, "let me speak to your mother". I thought he was saying that some time in the future he will talk to my mother but then he said, 'give me your phone." And I was like, "Really? Now". Then I dialled and gave my phone to him and he just went out for 15 - 20 minutes while he smoked and he came back and said, 'I had a really good conversation with your mother".

I then just touched his feet and he stopped me midway saying 'arre, what are you doing!"

These people eventually came to Chennai for a promotional event. They asked me to sing a little bit at the event and then when I met him, he asked me if my mother was there. He and Deepika cut across the crowd and touched my mother's feet and I was thinking, 'Good God, what is this man! ". I couldn't wrap my head around it. He was not doing this for brownie points.

I have met my share of stars and I know that this man was not putting up any pretense. He was not trying to go out of his way. He was so sincere and honest and I thought to myself that some day I want to be like him.

I have seen this special quality of remembering things that happened years ago with CM Jayalalithaa and then I saw it in Shah Rukh.

I honestly don't have words to express that I wish I could remember things and make people feel the way he did. It's a very special quality. In general normal people don't do anything

That kind of episodic memory of remembering what people have written about you is so special. I know that even if I try, I won't be able to remember things. We meet a lot of people and easily forget their names. This man was unbelievable.

And mind you, I am still not someone you can call a die-hard Shah Rukh Khan fan. I have not seen all his movies. The kind of human being that he was and the brief meeting kind of inspired me to be a better person and not so many people have that effect on me. I haven’t been star struck, very few people leave such an impression on you.

This will be a legacy that Shah Rukh Khan will leave behind when his time comes.

I am not sure but I feel that he is driven by the need to make people happy. When he is talking to you, he looks at you and listens to you. If he has given you 30 or 45 seconds to you, they are completely yours. It's like one of those scenes in a movie where you are in a crowd but everything around you fades away. He makes you feel like you are the most important person in that moment. Perhaps, I wonder if he is doing this because at some point in time he wished that people treated him that way and now he is treating people how he wished he wanted to be treated.  Forget a star, I have not seen a non-star behave so nicely.

However much I try to wrap my head around what the heck is going on from the time of Rhea Chakraborty, to now, I just can’t fathom it. I am a pure 90’s kid and all of this, everything that is going on Twitter, this massive hate-mongering that is going on, none of this makes sense.

I am talking of a completely different thing when I say, no matter who your child is, it's natural for parents to protect your offspring. There is something called ‘Principles of Natural Justice’. I myself am fighting a court case, so I know what it feels like.

Everyone says, 'Why do you not go to court? " but the process is the punishment. At least when I go to court, there aren't a million cameras chasing me. The dignity which we had seems to have gone to dirt. I don't know what is going on. So many people have so many theories. Whatever he is going through as a parent must be gut-wrenching for the family.

In our country, the process is the punishment and when I see all those tweets and the arguments that they are putting forth, I don't know how to fathom that. I just imagine what he must be feeling reading all those tweets.