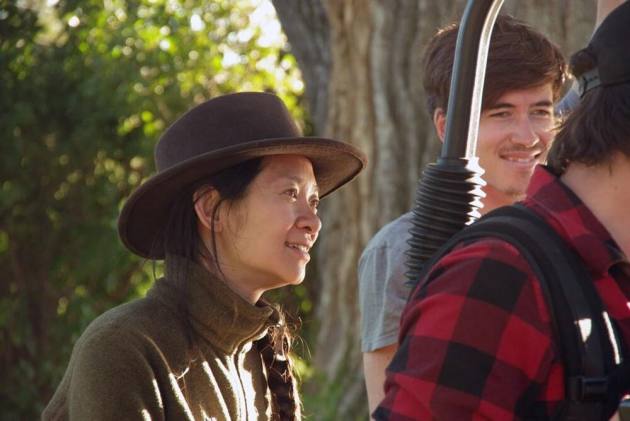 Filmmaker Chloe Zhao has scripted history by becoming the first woman of colour and only the second woman in the Oscars' history to win the best director trophy at the 93rd Academy Awards.

"My entire ‘Nomadland’ company, what a crazy, what a once-in-a-lifetime journey we all had together. Thank you so much, I am so grateful to you,” Zhao said in her acceptance speech on Sunday night.

The 39-year-old director, who moved to the US when she was a teenager, said she has been thinking a lot lately of how to keep going when things got hard.

“…I think it goes back to something I learned when I was a kid. When I was growing up in China, my dad and I used to play this game. We would memorize classic Chinese poems and texts and we would recite them together and try to finish each other's sentences. And there's one I remember so dearly it's called 'The Three Character Classics’,” she recalled

Speaking in her native language, Zhao, translated the sentence, which means, ‘People at birth are inherently good.

“…and those six letters had such a great impact on me when I was a kid. I still truly believe them today. Even though sometimes it may seem like the opposite is true, I have always found goodness in the people I met everywhere I went in the world,” she said.

She was a clear favourite in the category, which has nominees such as Emerald Fennell for "Promising Young Woman", Lee Isaac Chung for “Minari,” Thomas Vinterberg for “Another Round,” and David Fincher for “Mank.”

Based on Jessica Bruder’s book of the same name, "Nomadland" stars Frances McDormand as Fern, a woman who, after the economic collapse of her company town in rural Nevada, packs her van and sets off on the road to explore a life outside of conventional society as a modern-day nomad.

The filmmaker started her journey as a director with the 2015 movie "Songs My Brothers Taught Me". However, it was her second movie, "The Rider", that brought critical acclaim and global attention to her.

“Nomadland”, also starring David Strathairn and Linda May has been praised by the critics for its story and performances by the cast, and for capturing the picturesque scenery of the American West.

She has in the past said she has been inspired by the works of cinema legends like Wong Kar-Wai and Terrence Malick.

Zhao is currently awaiting the release of her next Marvel Studios tentpole “Eternals”.

She will also be writing and directing a new take on the monster character Dracula, which is being billed as an original, futuristic and sci-fi Western.

The Universal Pictures project will also tackle the theme of being on society's fringes, something Zhao has dealt with in her previous work.