Chris Evan’s Sweet Gesture Makes Him A Gentleman At The Oscar Night, 2019

Regina King may have won the prize, but Chris Evans showed the world what a gentleman he is! 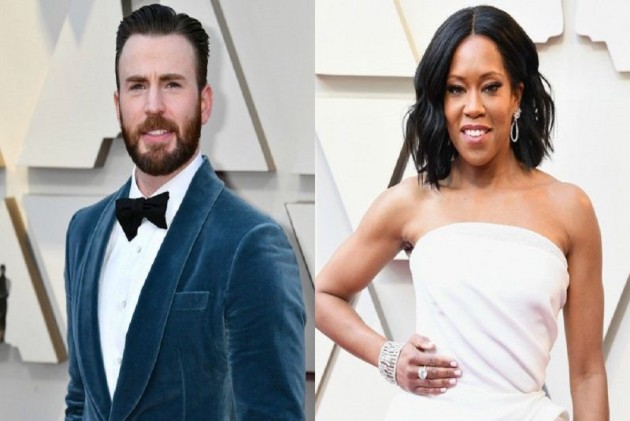 The 48-year-old actress won the Best Supporting Actress Oscar at the outset of the 91st Academy Awards on Sunday. When she stood to walk on stage, the Avengers: Infinity War star immediately stood as well and helped her up the steps. Fans online immediately lost their minds over the chivalrous gesture.

“Regina King literally living the dream wearing Oscar de la Renta while Chris Evans escorts her to accept an [Academy] Award,” one fan wrote. “Real superhero Chris Evans making sure Regina King didn’t fall getting up to get her award,” another chimed in. “Chris Evans knows what to do in the presence of a Queen,” yet another wrote about the sweet moment.
Several people took to Twitter and posted about Evans' sweet gesture, even comparing him to his character Captain America.

We had the Oscars on during dinner and when Chris Evans helped Regina King up the steps, my husband and I both agreed we’d step aside to let the other marry Chris,” another user posted. “[The] kids approve because either way, they get Captain America as a stepdad.”

During her acceptance speech, King broke down in tears while telling her mother that she loves her. Evans was sitting beside her during that moment, sparking this touching comment: “Get you a man that looks at you the way Chris Evans looks at Regina King’s mom.”