Filmmaker Christopher Nolan has praised the latest science-fiction movie, ‘Dune’ by director Denis Villeneuve. The two have quite a similar approach and bent of mind when it comes to filmmaking. 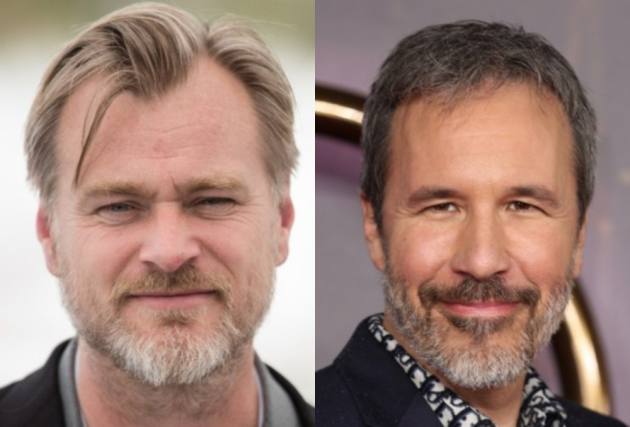 Filmmaker Christopher Nolan praised director Denis Villeneuve's newest science-fiction epic, ‘Dune’. ‘Dune’ was recently released in cinemas, receiving generally positive reviews from crowds and reviewers and making a tremendous box-office haul despite its simultaneous premiere on HBO Max. Villeneuve is most recognised for his work in ‘Sicario’, ‘Prisoners’, and ‘Arrival’, and is widely regarded as one of today's most unique, ambitious, and creative directors.

The film ‘Dune’, based on writer Frank Herbert's 1965 novel of the same name, follows the narrative of Paul Atreides (actor Timothée Chalamet), the scion of a royal family who journeys to the most perilous planet in the cosmos to obtain a sought-after resource and assure his people's future. The movie also stars actors Rebecca Ferguson, Zendaya, Jason Momoa, Oscar Isaac, Dave Bautista, Stellan Skarsgard, Javier Bardem, and Josh Brolin in addition to Chalamet. The huge popularity of 'Dune' has already sparked speculation about a possible sequel.

According to The Director's Cut podcast (via IndieWire), writer/director Christopher Nolan is a fan of Villeneuve's latest movie. Nolan, the director of 'Inception', 'Interstellar', and 'The Dark Knight', is widely recognised for his appreciation of the theatre experience and his preference for actual effects over CGI. He admits to having watched 'Dune' multiple times and lauds the film's seamless blend of physical and computer elements. Nolan praises Villeneuve's attention to detail and the film's massive size, claiming that he discovers new aspects of the movie with each viewing.

Nolan said, “It’s one of the most seamless marriages of live action photography and computer generated visual effects that I’ve seen. It’s very, very compelling at every turn. [Villeneuve's] entire team did an absolute incredible job. I think this film is going to introduce a whole new generation of fans to 'Dune' who have never read the book or encourage fans to go read the book. I think it’s an incredible piece of work. I’ve had the luxury of seeing it a couple times now, and each time I watch it I discover new things, new details to the world. The way in which it’s made is for the big screen. It’s a real pleasure and a real gift to film fans everywhere.”

As filmmakers, Villeneuve and Nolan appear to have many parallels, with both presumably enjoying the large-scale science-fiction narratives. Both filmmakers tackle large topics on great budgets, with Nolan's most recent movie, 'Tenet', a convoluted story involving massive heists and time going backwards. While 'Tenet' was a box-office flop owing to the pandemic last year, Villeneuve is no stranger to box-office disappointments, with 'Blade Runner 2049', an equally complex (and expensive) effort, becoming too esoteric for average audiences.

Given the two filmmakers' similarities, as well as their common appreciation of the movie theatre experience and viewing films on the large screen, it's no wonder that Nolan admires Villeneuve's work. Both filmmakers are attempting to offer moviegoers a reason to return to movie theatres, an industry that has suffered severely in the previous year and a half as a result of the pandemic. If any viewers were on the fence about watching 'Dune', a recommendation from Nolan could be just what they need to get them to their local theatre to see Villeneuve's newest science-fiction epic.

'Dune' is now in cinemas and available on HBO Max.