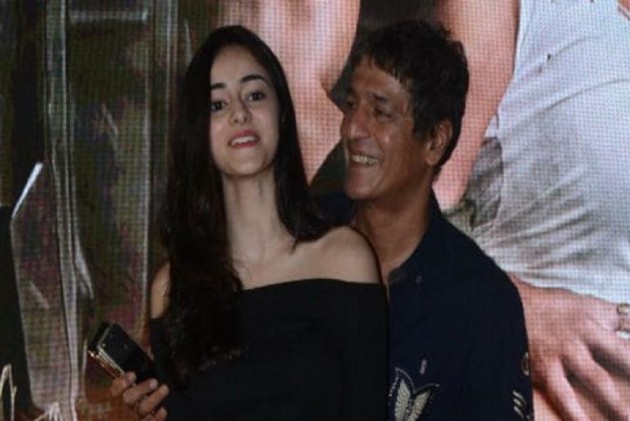 Chunky Pandey, who will next be seen in Prasthanam, is on cloud nine with the thunderous response to his last movie, Saaho. The actor who has majorly been playing comical characters on celluloid has now been bagging some "really bad guy" roles and is killing it. The actor opened up on many things including Ananya Pandey's debut, what "being wild" meant to them, how he bagged his first movie in a hotel bathroom and his struggles. He also answered a question on the sexual harassment allegations levelled on Sajid Khan, his Housefull director and a close friend.

Opening on the sexual harassment allegations against Sajid, Chunky maintained that Sajid is a good friend and that he is flamboyant. "He says things for effect and sometimes that can be misconstrued. We all felt bad when he was dropped as the director of the film. I think he should have been given a chance to explain himself and I am sure he will," he said. Chunky also revealed that Ananya was a little shaken when the entire fake certificate fiasco happened and that he asked her to open up or else she will be misconstrued forever.

"Well, when the college incident of hers happened, she took it well but somewhere she was shaken also. That's when I told her that she needs to speak about it and not stay quiet for too long. She kept quiet for long. But I told her she is perhaps the only one who has the chance to clarify," Chunky exclaimed.

Chunky also revealed how reckless they were in their teenage days and wants Ananya to fly with her talent and not get bogged down with the constant scrutiny and rumours going around.