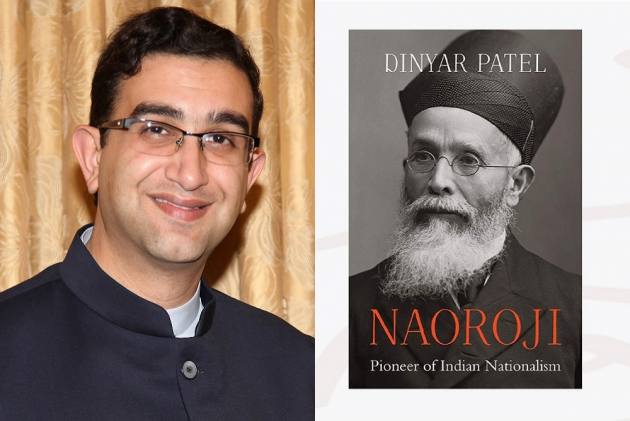 The biography of Dadabhai Naoroj by Dinyar Patel has won the Kamaladevi Chattopadhyay NIF Book Prize 2021.

The organisers, New India Foundation, said that "Naoroji: Pioneer of Indian Nationalism" was selected from the six shortlisted books that covered a variety of themes and subjects and showcased some of the finest non-fiction writing about India.

The winner was selected by a jury chaired by political scientist Niraja Gopal Jayal and also comprising entrepreneurs Nandan Nilekani and Manish Sabharwal and historians Srinath Raghavan and Nayanjot Lahiri.

"Naoroji: Pioneer of Indian Nationalism" by Harvard University Press is an "exemplary biography about one of India's first nationalists, written with great lucidity and detail by a promising scholar", the jury's citation said.

"In his keenly-researched work, Dinyar Patel illuminates the life and legacy of Dadabhai Naoroji as a key figure in the history of India's movement towards Independence," it added.

The other shortlisted books were: "The Death Script: Dreams and Delusions in Naxal Country" by Ashutosh Bhardwaj, "India's First Dictatorship: The Emergency, 1975-77" by Christophe Jaffrelot and Pratinav Anil, "Gandhi in the Gallery: The Art of Disobedience" by Sumathi Ramaswamy, "The Coolie's Great War: Indian Labour in a Global Conflict 1914-1921" by Radhika Singha and Vinay Sitapati's "Jugalbandi: The BJP Before Modi".

This is the fourth edition of the prize instituted in 2018. The prize celebrates high-quality non-fiction literature on modern and contemporary India from writers of all nationalities published in the previous calendar year and carries a cash award of Rs 15 lakh and a citation.

The prize will be presented to Patel, a professor of history, at an event here on December 4.

In the book, Patel examines the life of the foundational figure in the country's modern political history, a staunch critic of British colonialism who served in Parliament as the first-ever Indian MP, forged ties with anti-imperialists around the world, and established self-rule or swaraj as India's objective.

The prize is named after institution-builder Chattopadhyay who had contributed significantly to the freedom struggle, to the women's movement, to refugee rehabilitation and to the renewal of handicrafts.