Mumbai based AZURE Entertainment and Warner Bros. India, announced a strategic collaboration to jointly produce the Hindi language remake of THE INTERN with Rishi Kapoor and Deepika Padukone headlining roles enacted by Robert De Niro and Anne Hathaway in the 2015 Hollywood Film. 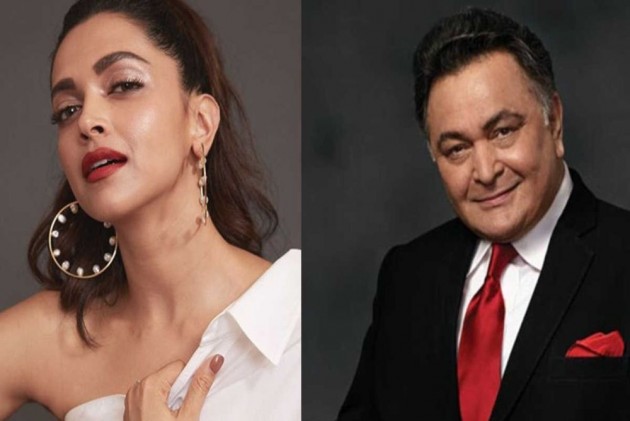 THE INTERN, distributed worldwide by Warner Bros., was a box office success, grossing USD 195 mn worldwide. THE INTERN was written, produced & directed by Nancy Meyers, who is known for popular movies like Father of the Bride, The Parent Trap, What Women Want, It’s Complicated, The Holiday & Something’s Gotta Give.

Sunir Kheterpal and Deepika Padukone will be producing under their banners - AZURE Entertainment and Ka Productions respectively. The adaptation will be readied for a 2021 release.

Rishi Kapoor says, "THE INTERN is a very relevant film for the present-day Indian workplace milieu and it showcases human relationships beautifully. I am very excited to be working with Deepika and being a part of this heart-warming story. It is great that Warner Bros. and AZURE are officially making this film in India." Internationally acclaimed actor and the recent winner of the prestigious Crystal Award at the World Economic Forum 2020 Deepika Padukone adds, “THE INTERN is an intimate, relationship-driven film, set in and around the workplace; a story that I believe is very relevant to the present-day social and cultural environment. I have been looking for a light, breezy comedy-drama and this story fits in seamlessly. I cannot wait to begin this journey.”

Sunir Kheterpal, Producer for AZURE Entertainment says, “We are thankful to Warner Bros. and Nancy Meyers for entrusting us with the first-ever adaptation of THE INTERN outside of the US. Between Rishi Sir and Deepika, we have the perfect talent package to adapt this endearing Film”.

Denzil Dias, Managing Director – Warner Bros. India added, “This is an exciting time for us to be partnering in local language production with the team at AZURE, who are passionate about film and storytelling. THE INTERN has been at the top of our list for potential adaptations and this is an enviable talent packaging for the adaptation.”

This project is a part of the strategic partnership between Warner Bros. and AZURE Entertainment to jointly develop, produce and distribute key titles from the coveted Warner Bros library including the Hindi adaptation of Infernal Affairs on which the Academy Award winning, Martin Scorsese directed The Departed was based.