Deepika Padukone, the highest paid actress in Bollywood, has mostly played glamorous roles ever since making her debut opposite Shah Rukh Khan in Farah Khan’s 'Om Shanti Om' in 2007 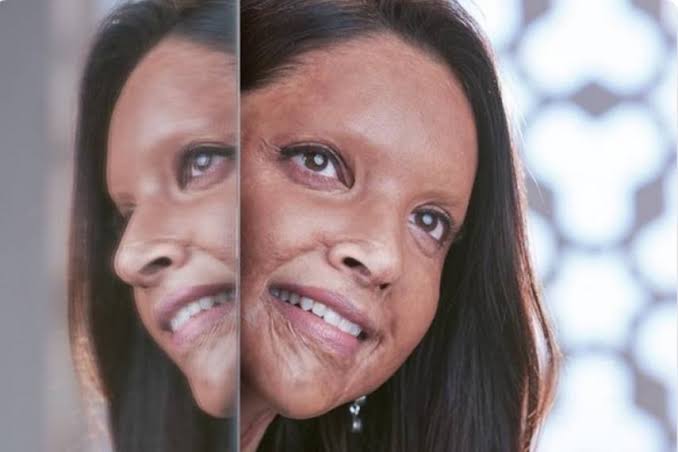 After playing quite a few goody-goody roles in her career so far, Deepika Padukone is finally stepping out of her comfort zone with Meghna Gulzar’s Chhapaak, which hits the screen early next month. But will she be able to pass her litmus test in a difficult role which he has dubbed as the most emotionally challenging one yet for her?

Padukone, the highest paid actress in Bollywood, has mostly played glamorous roles ever since making her debut opposite Shah Rukh Khan in Farah Khan’s Om Shanti Om in 2007. From Love Aaj Kal (2009), Cocktail (2012), Goliyon Ki Raasleela: Ram-Leela (2013) to Chennai Express (2013), Piku (2015) and Padmaavat (2018), she has delivered hits consistently over the years. She has done movies from diverse genres, from contemporary rom-coms to historicals, and even a rare socio-political drama, Aarakshan (2011) but it’s for the first time that she is playing a completely deglamorised character in her career.

Chhapaak, where Padukone plays an acid attack survivor, is based on the inspiring life of Delhi girl Laxmi Agarwal, who fought a prolonged legal battle after being attacked by an acid-carrying man in 2005. Doubtless, it is the most challenging role yet for the 33-year-old actress. At the release of its trailer in Mumbai, Padukone turned emotional while admitting that it was a special movie in her career.

“Rarely do you come across a story where you do not need entire narration to decide if you want to do the film or not. What is even rarer is to not to be able to articulate and put into words what you feel for the film and its journey – Chhapaak is all of that and more for me. I cannot thank Meghana (Gulzar) enough for this incredible journey and for giving the most emotionally challenging film of my career,” she says.

Padukone is right. Chhapaak is the right film for her at the right time. After having established herself as the numero uno actress of the mainstream commercial Hindi cinema, she needed to take a giant leap forward as an actress with a powerful and meaningful movie where she could put her acting prowess to its ultimate test.

Unlike most of her earlier projects, where she had to look glamorous and gorgeous, this inspiring biopic requires her not only to look like a real acid survivor onscreen but also live the character the way Laxmi Agarwal actually did, with all her trials, tribulations and trauma that she had to go through.

In the past, Padukone has of course earned plaudits for her histrionics in films like Love Aaj Kal, Cocktail, Piku and Padmaavat, to name a few but Chhapaak has provided a great opportunity to her to leapfrog into altogether another league, another level as a performer.

Thankfully for her, this project is being helmed by none other than Meghna Gulzar, one of the most talented and sensitive auteurs of our times. Gulzar, who has critically acclaimed movies such as Talvar (2015) and Raazi (2019) to her credit, thinks that Chhapaak “would have been incomplete without Deepika Padukone”.

As of now, Chhapaak’s trailer has evoked tremendous response from both within and outside the film industry ever since it was released on Tuesday. The movie does not have any big star other than Deepika but trade pundits look up to her as one of the rare Bollywood heroines who have the ability and fan-following to pull the audiences to theatres today. But then, commercial considerations ought to be secondary for her.

It is basically the need to tell the story of Laxmi Agarwal that promoted Padukone to do this film in the first place. She apparently knows it very well that Chhapaak may well turn out to be her ultimate milestone movie, which will always stand out amidst the likes of Chennai Express, Yeh Jawaani Hai Deewani (2013) and Padmaavat in her oeuvre.