The Delhi government’s decision to shut theatres owing to the rise in Covid-19 cases has terribly scared the exhibitors. The film producers definitely want to stick to the government rules but are worried about the future of the film industry. 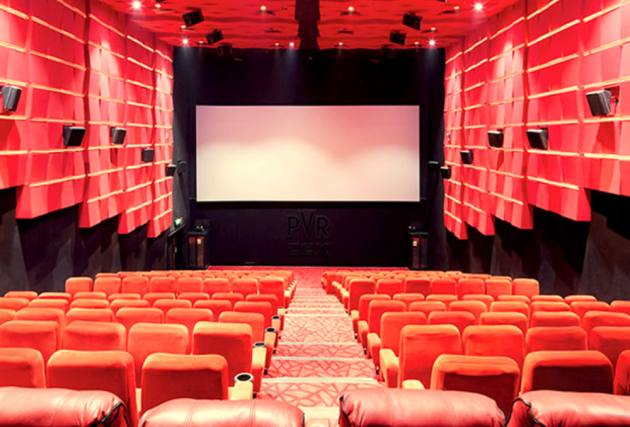 The Delhi government has announced earlier today that the theatres across the national capital region would be shut owing to the rise in Covid-19 cases all over. There have been night curfews issued in other major cities like Mumbai and Bengaluru already, and a few more metros are contemplating issuing similar mandates for people within the next few days. Keeping this in mind, films like ‘Jersey’ have postponed their release date. There are even reports that ‘Prithviraj’ and ‘RRR’ may have been pushed ahead, however, there isn’t any official confirmation on them yet.

With a lockdown sort of situation happening again in major ticket-buying cities all over the country, this might well be another bad start to a year. 2020 and 2021 have anyways been bad for the film industry, and theatre business, and with this looming fear of a third wave, 2022 might just have a start that no one related to the film business wants to have.

Talking about the same, Mr Kamal Gianchandani, President, Multiplex Association of India, says, “Delhi Government’s decision to shut down Cinemas in Delhi while enforcing the ‘yellow’ alert of the Graded Response Action Plan (GRAP) has caused massive uncertainty and could lead to irreparable damage for the Indian Film Industry. The period since March 2020 is undeniably the most challenging period faced by Indian cinemas in their long history. After being allowed to reopen, cinemas have already demonstrated an ability to operate safely for the public and employees via the usage of enhanced ventilation systems, enhanced hygiene, and other safety protocols. Not a single outbreak of Covid-19 anywhere around the world has been traced to a cinema. While, we fully understand the need at Government’s end, to take necessary preventive measures, we would request that cinemas should get equal treatment with comparable industries and institutions. Instead of closing the cinemas, we would urge the Delhi Government to consider introducing a “double vaccination requirement” to enter cinemas, as is the case in some of the other states (including Maharashtra). Alternatively, the seating capacity restriction of 50% can be reintroduced at cinemas. We call on the Government to recognize the unique social, cultural and economic value of the Indian film industry, and to provide the support it so desperately needs to survive this unprecedented period.”

On similar notes, Prashant Kulkarni, CMO Carnival Group, says, “The news of Delhi announcing the shutdown of cinemas, malls and gyms is unfortunate but people's health is the top priority and if the government has taken a call, we stand 100% by it. We sincerely hope it is a short passing phase and soon we will be up and running again as we follow all SOPs and safety measures to the tee.”

When we got in touch with some of the ace film producers about how this decision would impact the film business they all expressed concern but yet wanted to follow the letter of the law to the core.

“It is a challenging time for all of us. The recent measures will definitely have a serious impact on the film business. We all were trying to get back on our feet as an industry, but the sudden wave of the Omicron virus will hamper our progress. Having said that, there is nothing more important than everyone's safety, and the government has to take the necessary steps to curb the spread. For now, we just have to learn to live with this uncertainty,” says ‘Chandigarh Kare Aashiqui’ and ‘Kedarnath’ producer Pragya Kapoor.

Veteran film producer Anand Pandit, says, “I have always said that we cannot think from a business point-of-view, during a pandemic. We cannot afford a third wave which can potentially be even more devastating than what we as an industry and the rest of the country have already experienced. Now is the time to do what we can, take adequate precautions, vaccinate proactively, comply with and maintain protocols to curtail the spread of the virus. This way, we will be safer in the long run and be able to unlock theatres and businesses more quickly.”

“There is of course going to impact on the business. My heart goes out to films whose promotion is in full swing and is scheduled to release in the coming weeks. At the same time, safety is above everything. With the rising Covid cases the government has to take necessary steps to curb the spread. We have been through a lockdown twice before and I am sure none of us wants that. We can only pray that things return back to normal soon,” says film producer Jay Shewakramani.

Film producer Shwetabh Singh adds on the same note as he says, “After what we have seen in the last two years, another wave of theatres getting shut in places like Delhi could really spell doom for a certain segment of filmmakers. Of course like any other business, the established and old production houses might be able to bear another setback, but for filmmakers who are in the nascent stage and trying to make it, their options will keep getting reduced because to cover losses and make films which have more guarantee of succeeding, all platforms and avenues might only go to bankable entities. So it is very important for the industry to come together and make sure that every section of our industry survives this.”

For the unversed, Covid-19 cases have almost grown by three and half times just in Mumbai over the past 5 days. After the Delhi government’s decision to shut theatres, other states and major cities are also deciding whether or not to go for such extreme measures of a shutdown.