In a candid interview with Bollywood actress Twinkle Khanna, screen legend Waheeda Rehman recalled meeting the late Dev Anand for the first time and how he stood up for her while they were shooting for the evergreen hit ‘Guide’. 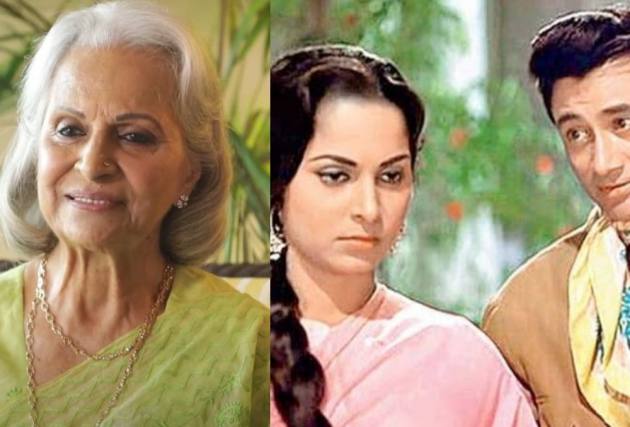 Veteran actress Waheeda Rehman recalled being in awe of the late actor-filmmaker Dev Anand, when she was starting out as a young actress in the industry. In a candid chat with actress Twinkle Khanna, Rehman also elaborated her recent comment where she had described Dev Anand as a ‘decent flirt’, and revealed he even stood up for her against ‘Guide’s directors.

“How did he flirt, did he say you're beautiful?” Twinkle asked in the interview, to which Waheeda replied, “No, he didn't say that. When we were discussing ‘Guide’, there was Chetan Anand, the Hindi director, and Tad Danielewski, the English director. Both of them didn't want me, they rejected me. They didn't like my face, maybe. And also, they said, ‘Your English is not so good'. But Dev said, ‘I don’t care, my Rosie is only Waheeda'.”

Recalling her first-ever meeting with him, Rehman said, “When we were first introduced, I said, ‘Namaste, Dev saab’. And he said, ‘Dev saab? Who’s that? He later told me to simply address him as Dev'."

Rehman made her Bollywood debut in 1956 with the film ‘C.I.D’ opposite Dev Anand. The film went on to become the highest grossing movie in India in that year. Mimicking Dev Anand, Rehman further recalled “Waheeda, kaisi ho (how are you)? Come on, let's do this. Come on, come on.”