The music composer reveals that the team got calls from women, who appreciated the song. The track was subjected to criticism by a men's oragnisation for presenting men in a 'lustful' way. 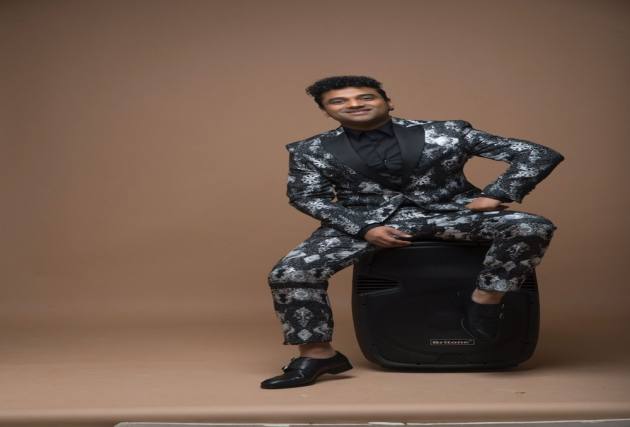 Telugu music composer Devi Sri Prasad is garnering praise for his compositions for Allu Arjun starrer 'Pushpa: The Rise'. The film, which was released in five languages, also released all it's songs in Hindi, Tamil, Telugu, Malayalam and Kannada. Although The film's item track 'Oo Antava', starring actress Samantha Ruth Prabhu became a chartbuster, it also came under fire by a men's organisation, who filed a case in Andhra Pradesh court for showcasing men as 'lustful'. However, Prasad says that he got a positive response from female listeners.

The lyrics of the song, which is sung in Telugu by Indravathi Chauhan, talks about how women are shamed and objectified by men for everything that they do.

Reacting to the complaint and objection raised by people, Prasad tells us, "Nowadays, it has become a usual practice for people to say 'this is not right' just to make noise. Most of the time they get it wrong and don't understand the real flavour (of the song). This is a fun song and we got a lot of calls from ladies and female journalists who really appreciated the song. Not just for the catchiness but lyrical concept where some women said that few men looked at them like that."

He adds, "The song became more like a social message song than an item song. In the meaning of the song, we didn't blame anyone but just said about the current situation. So, if you look at it, a lot of problems also happen in real for women. People who don't want to understand anything will sound wrong to them.  So, I can't have any comments. If it was not good, it wouldn't have become such a hit."

Prasad, also called DSP by his fans and industry colleagues, has multiple chartbuster songs to his credit. Many of his popular Telugu tracks such as 'Aa Ante Amalapuram', 'Daddy  Mummy' to 'Seeti Maar' were adapted into Hindi songs eventually. Talking about taking his music beyond a certain region, the music composer says music cannot be restricted by language barriers but also credits his lyricists, who help him in remaking the songs in different languages.

"Though we have our own native flavour for each state or country, music has no language. I don't think that language or cultural barriers will stop music from crossing the boundaries, as long as it's catchy. We still listen to Michael Jackson's music or some African music because music always has to be something which is catchy and can make us groove. Only to understand what they are singing, we need to know their language but to enjoy the music, we don't need any language. Music is so great that sometimes even if you don't understand the meaning of the song, you will be able to figure out if that song is emoting happiness or sadness or excitement. That is why even an instrumental track can mentally take you to a different place," says Prasad.

The music composer, who has won several awards from the time he entered the music industry professionally in 1997, says the key to creating one song in several languages is to not lose the charm of the meaning.

"Being a musician, I truly believe that a language change cannot be a barrier for a song to penetrate new territories. Above that, when you make a song in a particular language and then you make it in another language, the risk of losing the charm is only if you don't know the other language.  For me the blessing is that I know Telugu, Tamil and Hindi. Sometimes we work the original in Tamil and Telugu, as long as you take care that the track doesn't lose the charm, it will work," he says.

Talking about how much time it took him to prepare the five tracks in five different languages, Prasad says, "A lot of physical work of mind went into making of these songs. To make every song in five languages, it took me one to one and a half months."