Devoleena Bhattacharjee Lashes Out At Vishal Kotian; Says, “I Don’t Like The Dirty Game He Plays” 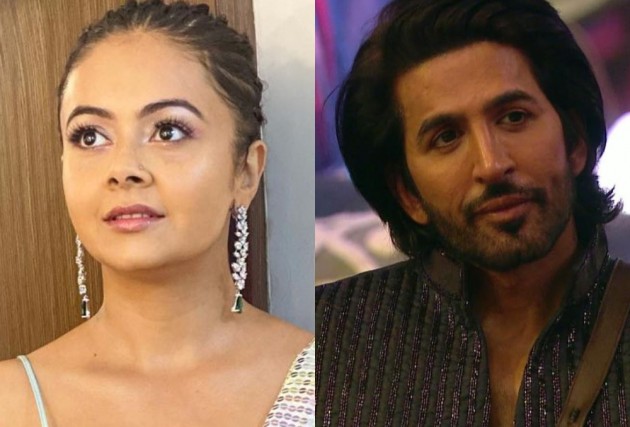 Actress Devoleena Bhattacharjee visited the ‘Bigg Boss 15’ house last week to express her thoughts on the contestants this season. She confronted contestant Vishal Kotian, pointing out how he had been manipulating the emotions of his housemates. Vishal Kotian was plainly dissatisfied with what she stated and disagreed with her. After Bhattacharjee left the house, Kotian said, "Main usse gyaan loonga joh mujhse gyaani ho, usse nahi jiska gyaan mere se neeche ho. Khud top 7 mein bhi thi kya? (I would take advice from someone whose knowledge is more than mine, and not from someone whose knowledge is lesser than mine. Was she even in the top 7?)”

Speaking about this to ETimes, Bhattacharjee said, "To win the game you need to accept ‘Bigg Boss’ as your own house. And when you do that, you will never ever behave badly with a guest, the way Vishal did. He always talks about culture and values and tries to portray himself as a man who has been through ups and downs. If that was true, he wouldn't have said such things about me. I have nothing personal against him or anyone else. I was invited by ‘Bigg Boss’ and I went inside and spoke what I felt was right. I'm human and I have my own views. Some will agree with them, some will not. My question to Vishal might have frustrated him because it was spoiling his game. Though it wasn’t my intention but I don't like the dirty game which he plays. He tries to use the emotions of other contestants and then claims that he has feelings for them. Later he plays the victim card which is not required at all."

Bhattacharjee also revealed the real reason why she wasn’t there in the top 7 in her season. "I would like to remind people that while doing a task I had got injured and the doctor advised me to choose health over the show. I did that for my well-being which is why I wasn't in the finale. I was not evicted on the basis of voting. In the last season, Nikki Tamboli also said the same thing and I have cleared it now for the last time," said Bhattacharjee.