Dhanush said that he can trust Aanand L Rai blindly and the latter has never disappointed him. 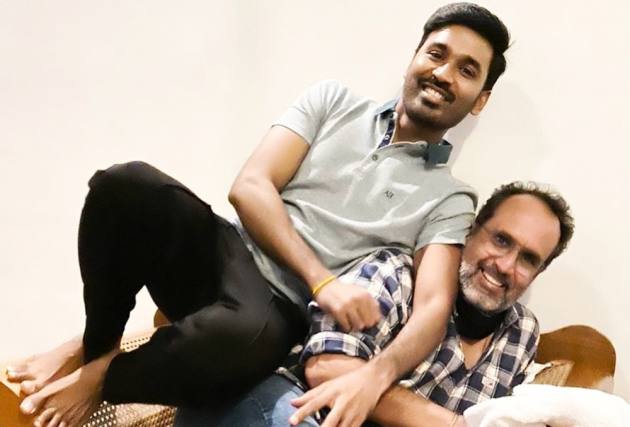 Actor Dhanush is all set to return to Bollywood after an almost six-year hiatus, this time with the forthcoming 'Atrangi Re.' The National Award-winning actor explained why he picked the romantic drama film to mark his comeback to Hindi cinema.

In a recent interview with PTI, Dhanush said, "I want to be a part of good beautiful stories like how 'Atrangi Re' is an interesting film. For a film to happen there a lot of factors that work and everything should fall in place. With this film, I hope I am able to satisfy the expectations of my fans here."

With 'Raanjhanaa,' Anand L Rai effectively introduced the Tamil actor to the Hindi film industry. Fans were ecstatic to see Dhanush back in a Bollywood film after more than five years when the teaser for 'Atrangi Re' was unveiled. After wowing everyone with his Hindi debut 'Raanjhanaa' (2013), Dhanush went on to star alongside Amitabh Bachchan in 'Shamitabh' (2015) before focusing on South movies.

One of the key reasons for Dhanush's return to Bollywood was Aanand L Rai, who is also a good friend, "I love Aanand L Rai's sensibilities. He looks into your soul and finds the right chords. He is a brilliant technician. When it is Aanand I know, I can trust him blindly, follow him and let him do his magic. He has never disappointed me,” he said.

‘Atrangi Re’ is all set to release this Friday (December 24) on Disney + Hotstar. Akshay Kumar and Sara Ali Khan will also be seen alongside Dhanush in pivotal roles. The film is a romantic comedy with Khan romancing Kumar and Dhanush in a cross-cultural love affair.