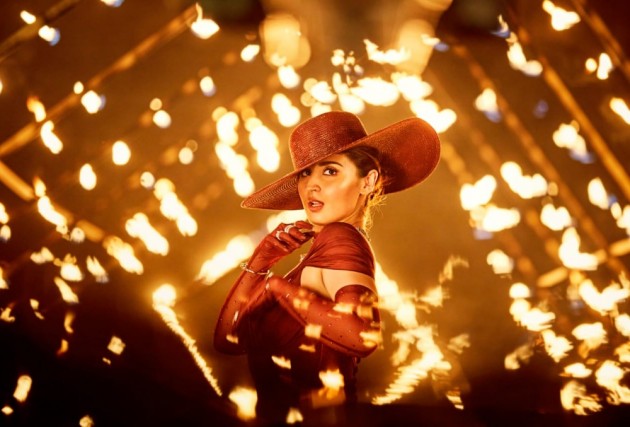 Singer-songwriter Dhvani Bhanushali is over the moon that her single ‘Mera Yaar’, which released last month, and has gone viral, so much so that Bhanushali says, it has become every “second other reel” on Instagram.

“It’s really wonderful, people are making so many reels. Every second other reel is now ‘Mera Yaar’,” she tells us adding that the song’s chorus and the dance steps in the track’s music video, contributed to the popularity of the song.

The song, which was released last month has already crossed 23 million views on YouTube so far, apart from becoming one of the most popular songs on Instagram reels currently. Bhanushali, who also composed the track for the first time admits she never expected the song to get such a response, and is humbled by it.

“But maybe if it speaks to you maybe it touches a couple of people, and that’s also great. But if it touches so many people, you know have done something right. So, I am just very grateful and very thankful for the kind of response ‘Mera Yaar’ has received so far,” she adds.

In a statement released by Bhanushali last month, the 23-year-old said that the song will always remain close to her heart.

“Not only have I donned four different looks in this fabulous video, but this is the first time I am releasing my own composition. It was a while ago I started working on the song but it was my father who encouraged me to go ahead and complete the song and I am super excited to finally release it. I want to thank Abhijit for always being by my side and Shloke for working on the beautiful lyrics with me,” she had said.