Diljit Dosanjh has responded to a Twitter follower who mocked a photo of the actor-singer refilling his car's gas tank by himself. 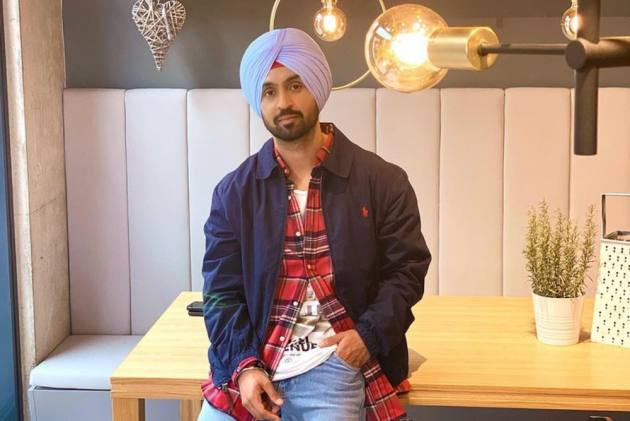 Diljit Dosanjh isn't afraid to make his voice heard on social media. Recently, the actor-singer retaliated in full Punjabi to a Twitter follower who made fun of his photo from a gas station.

Last week, Dosanjh posted a photo of himself filling up his fuel tank at a gas station in a foreign country.“Somewhere On Planet Earth,” he had captioned the post.

Commenting on the post, one of his Twitter followers wrote in Punjabi, “There (overseas), you have to fill your car’s gas tank yourself. What’s the use if there is so much shortage (of people) there. You (being Diljit Dosanjh) should have 2-4 guys at your service for such things. Rest, don’t take offence of what I said.”

Diljit Dosanjh responded to him on Twitter in Punjabi, “Mama…it’s about the mindset. This mindset makes a task big or small. Change your mindset brother. This is the same mindset which neither makes you happy nor let anyone else be happy. It’s said about people like you – that what will people think. Don’t be angry brother.”

Many of Dosanjh's fans praised him for his reaction. A fan stated, "In the duniya (world) of negativity ..Be a @diljitdosanjh and spread positivity and love! #DiljitDosanjh Sparkles." Another remarked, “What a reply mama.” One more reacted, “Well said!”

He was most recently seen in the Punjabi film 'Honsla Rakh,' in which he co-starred with Sonam Bajwa and Shehnaaz Gill. He is now working on a Punjabi film called 'Jodi.' His most recent performance in Bollywood was in 'Suraj Pe Mangal Bhari,' in which he co-starred alongside Manoj Bajpayee and Fatima Sana Shaikh. He was previously seen in 'Good Newzz,' alongside Kiara Advani, and alongside Akshay Kumar and Kareena Kapoor. Dosanjh celebrated his birthday just a few weeks ago. On the occasion, he introduced his new album, named 'Drive Thru.'