Actor Dimple Kapadia instantly shot to fame with her film ‘Bobby’ in the year 1973. 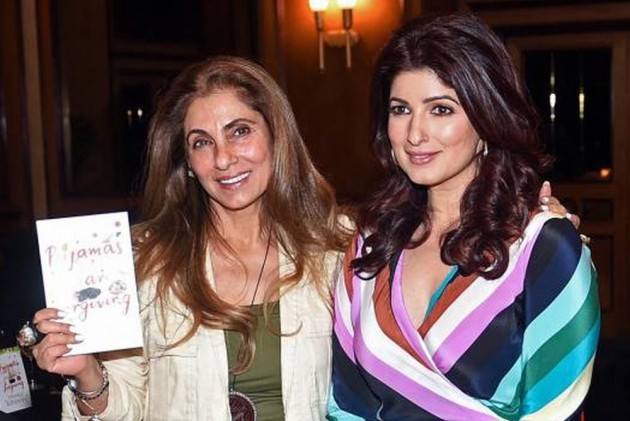 Veteran Indian actress Dimple Kapadia has been cast in Christopher Nolan's action epic "Tenet", which will also feature Robert Pattinson and Michael Caine, and will be shot across seven countries, including India.

Mumbai-based talent manager, Purvi Lavingia Vats, who was the conduit between Dimple and Nolan's casting team, told IANS: "I pitched Dimple for the part and things fell into place. While the prospect of working with Christopher Nolan sounded very exciting, she was a bit hesitant in the beginning as there was not much information on the role. I still sent footage of her work to the casting office and they really liked what they saw. After a more detailed brief was sent to us, she then decided to audition.”

"The casting director was then flown from Los Angeles to Mumbai and he and Nolan met with her. The rest was history," she said.

There isn't anything that Vats can reveal of the brief she had got, but she says, "based on feedback of what they were looking for, I just knew Dimple was the perfect fit".

The actor received best wishes for bagging Nolan’s film by many Bollywood celebrities.

On the Indian screens, Dimple had become an overnight star with "Bobby" in 1973, but turned her back on stardom to marry Rajesh Khanna, Bollywood's first superstar. After a decade of absence, she returned with "Saagar", and then went on to prove her mettle in "Aitbaar", "Arjun", "Rama Lakhan", "Batwara", "Kaash", "Rudaali" and "Lekin".

"Dil Chahta Hai", "Luck by Chance", "What The Fish" and "Finding Fanny" are some of the offbeat films Dimple chose after 2000. She was last seen on the big screen in "Welcome Back".

In an earlier interview to IANS, Dimple had spoken of her unusual choice of films.

Nolan, by no means, is regular for an Indian film actor.

Plus, a part of the film will also be shot in India, where a part of his movie, "The Dark Knight Rises" was filmed. The shoot is likely to take place in August or September. Warner Bros. Pictures are aiming to release it in theatres worldwide on July 17, 2020.

According to sources, Nolan, with his team, was on a quiet trip to the country just last week. They were here on a recce for locations for the espionage thriller, which will also star Robert Pattinson and Michael Caine and will be shot across seven countries.

While at the ongoing Cannes Film Festival, a government-led delegation has been pushing India as a film shooting haven with all its cultural and geographical diversity, Indian actors have over the years found more visibility in American showbiz.

Vats, who was also instrumental in getting Ali his Hollywood debut, "Fast and Furious 7", however, says perceptions and barriers are not breaking much as far as casting Indian actors in non-ethnic roles is concerned.

"The probability of an actor from India getting cast in Hollywood for a non-Indian part is very less. Based on feedback and experience, the chances of an actor booking a role as an Indian character is much higher," explained Vats, who has been a talent manager for the past 7 years.

"I want to work with talent from India and bridge the gap in Hollywood," she added.