Fans and TV audience may have spent the last few minutes biting their nails as Salman Khan prepared to announce the winner on Sunday night, but not Deepika who won the title this season. 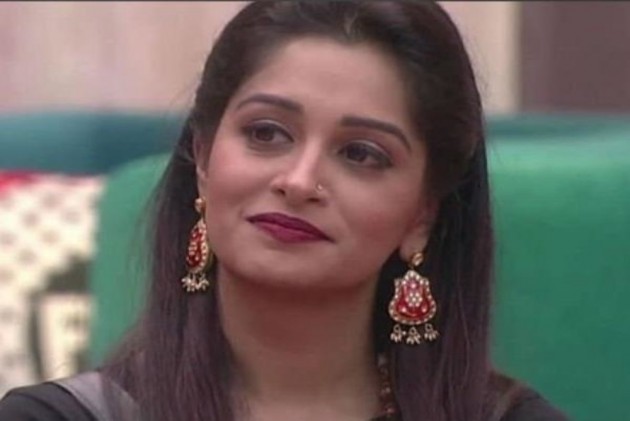 The top five contestants who were competing in the finale were Dipika, Romil Chaudhary, Deepak Thakur, Karanvir Bohra and eventual runner-up Sreesanth.

With the final result, Dipika, popularly known for her show 'Sasural Simar Ka', has taken home a cash prize of Rs 30 lakh, while second runner-up Deepak Thakur walked away with Rs 20 lakh.

Jasleen, Shivashish, Roshmi Have A Mini Reunion Ahead Of Big Boss 12 Grand Finale

The polls conducted by few media houses and on social media had predicted Dipika's win.

Before entering Bigg Boss 12, Dipika won millions of hearts with her act as Simar. She also participated in Jhalak Dikhla Jaa season 7. Later, she made an appearance with Shoaib Ibrahim on Nach Baliye 8 where the latter proposed to her for marriage. Dipika married Shoaib earlier this year. After quitting Sasural Simar Ka, she made cameo appearances on television and also made her debut in Bollywood with JP Dutta’s latest film Paltan.

Netizens are also celebrating Dipika's win and have been putting up congratulatory posts on social media. Celebrating the actresses win, one user wrote, "A Big Congratulations #DipikaKakar Her Win Gave Defeat To Negativity."

Didn't follow #BB12 completely this season, but based on all the episodes that I've seen, #DipikaKakkar deserved to be the (flawed) winner.

To be honest, nobody was winner material this year.#ShilpaShinde was the only deserving winner in BB history, apart from Gauahar Khan.

The show which went on air on September 16 had contestants, which included commoners and celebrities. Around 16 contestants were part of the show, including celebrities Dipika, Nehha Pendse, Srishty Rode, Karanvir Bohra, Ghazal singer Anup Jalota and cricketer Sreesanth.

The finale had Rohit Shetty as a special guest on the show that is aired on Colors channel.

Creating the atmosphere of a beach-side setting, this year's season looked nothing less than a holiday destination as art director Omung Kumar and his wife Vanita had designed the house. Keeping up with the theme, the show was launched by Salman in Goa.