Director Habib Faisal: Comfort In Nostalgia Is A Cycle That Goes On And On

Habib Faisal's 'Dil Bekaraar' is all set to be streamed on Disney+ Hotstar, November 26 Onwards. 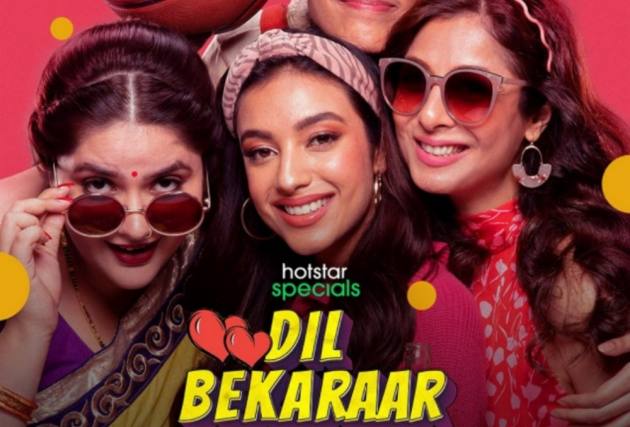 For Habib Faisal, nostalgia is like the warmth of a cotton 'razaai' in the winter of pre-liberalisation Delhi, and it was this familiarity that drew the writer-director to the story of his upcoming web series 'Dil Bekaraar.'

The 1980s-set family drama, which starts streaming on Disney+ Hotstar from Friday, is an adaptation of Anuja Chauhan's bestseller novel 'Those Pricey Thakur Girls'.

As someone who grew up in Delhi in the '80s, Faisal said through the show he had a unique opportunity to walk down memory lane while also introducing the bygone era to his team and audience.

"When I read the book, what excited me was Delhi. I have grown up there and anything which has to do with Delhi, the space itself becomes exciting," the director told PTI in an interview over Zoom.

"There is so much that is still to be explored," Faisal, who also based his 2010 directorial debut and National Award winning-film 'Do Dooni Chaar' in the capital, added.

People have always looked at the past to find comfort and security, the director, also known for 'Ishaqzaade', and 'Daawat-e-Ishq', said.

"Comfort in nostalgia is a cycle that goes on and on. My parents used to get nostalgic. Especially if you are from the north, you would relate to the feel of cotton 'razaai' (quilt) in really cold winters versus any kind of jazzy comforter that you can get post-liberalisation in India.

"That comfort, I guess, is what one is seeking because the future always has uncertainty and the present is what you are tackling by way of the conflict it throws up. Nostalgia always has a sense of you as a child, with your parents who were there for warmth and security, so that cycle will always go on. It's not just now that people are looking back to the '80s. In the '80s, people were looking back at '60s, '50s or '40s and that's true world over."

Faisal, whose past work was set in the milieu of a lower-middle-class north Indian family, said 'Dil Bekaraar' was "totally out of my league because these people are upper-middle-class".

Veteran actor Babbar plays the leading breadwinner of the family who is now a retired Supreme Court judge, his daughter Debjani is an English newsreader at 'Deshdarpan', a fictitious name for the national broadcaster Doordarshan.

"My first question to myself was why are we telling a story in this setting for the 2020 audience? How will they relate to it? But it is about finding an element that resonates across because basic human conflicts remain the same.

"Trying to resolve them is also still pretty much the same within the family microcosm. Modes of transport and communication have changed but otherwise, relationships have the same kind of complexities as they did in the 80s," he added.

Another factor that drew him to the series was the field of television journalism.

"I went to Kirori Mal College in '83 and I did my masters in '87. Then, I was a cameraman with (television news channel) NDTV. A very tempting thing about the novel was also the characters. Their professions are to do with journalism, one of them is a newsreader the other one works for a newspaper," he said.

Faisal, who also worked as a freelancer with Doordarshan, said he had a lot of fun reliving the golden age of Indian television before digitisation took place.

"It was like a sea of cables," he said remembering how even thespians like senior journalist and NDTV co-founder Dr. Prannoy Roy would often "trip" over those wires, a detail he has used in the series.

"At that time, people kept tripping over cables because the cameras were that much bigger. Now things have got digitised, there aren't so many cables. Cameras, very often, are wireless.

"I was trying to excite everybody else to come with me and stay in the '80s. Hopefully, that will be reflected on the screen," the director said.
While a lot of little details came from Faisal's personal experience, he said author Chauhan had already created a rich world in the source material.
For example in the trailer of 'Dil Bekaraar', Debjani (Bambba) is seen wearing a rose in her hair, reminiscent of veteran Doordarshan newsreader Salma Sultan back in the day.

Sharing the anecdote behind the rose, the director said Sultan wearing the flower one day was a "whimsical thing".

"One day she was in a rush, she didn't know what to do with her hair. She just put it in. After she had finished reading, and it was recorded, some higher-ups had a problem with it, because that broke the image (of a newsreader). But then a whole lot of people wrote back and said they really loved it. We also have that in the show," he added.

Not just the rose in Sultan's hair, there was also a strict dress code at Doordarshan, Faisal said.

"They could not go sleeveless. If you pull out YouTube videos, you will realise the length of the blouse is sort of going up as the times are progressing. So, you could kind of measure progression with those of the sleeve or the cut of the blouse or hairstyles."