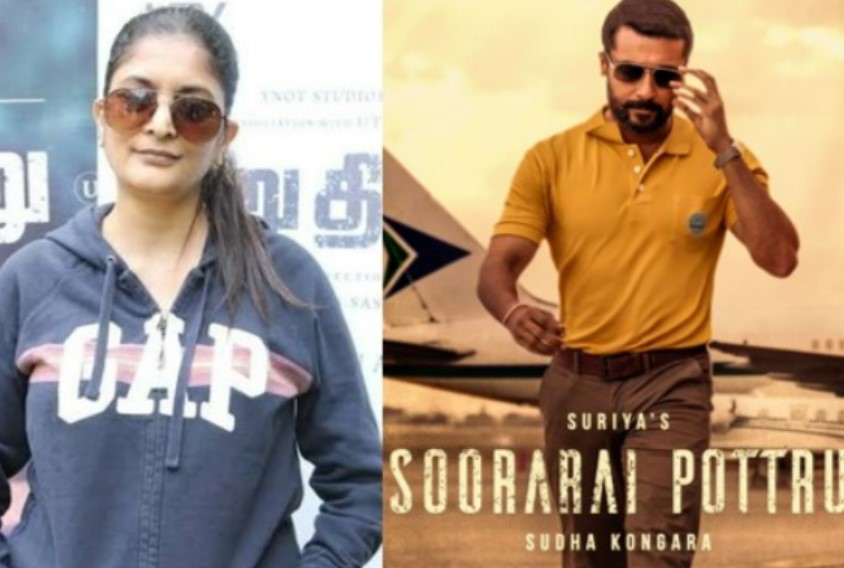 Ever since the announcement of Tamil actor Suriya starrer 'Soorarai Pottru's Hindi remake was made by the makers of the film, the casting  for the same has been an enthralling subject for the fans.

Without disclosing much about the much awaited remake, director Sudha Kongara said, "For me, the script needs to fall in place before I reach out to an actor. I need to see the character the way he is going to be, which dialect to use, which area of India we are going to look at and where we are going to situate the film. Only then will I choose my actor." Kongara told IndiaToday.

Earlier, reports were doing the rounds that Bollywood actors like Ajay Devgn, Akshay Kumar, Hrithik Roshan, and John Abraham were considered for the film. But no official announcement had been made.

Talking about 'Soorarai Pottru', the film echoes the story of Nedumaaran Rajangam,  the son of a teacher, who sets out to make the common man fly and takes on the world's most capital intensive industry with the help of his friends, family, and sheer willpower. The film draws it's inspiration from the real life events of entrepreneur G.R Gopinath, who bought remarkable changes in the aviation industry.

When asked about if the remake's style will be altered for the audience in Bollywood, Kongara said "Since the film is so deeply and culturally rooted in Tamil and southern sensibility, that needs to be changed. Everything else is universal. It is a story of an underdog, a pan-India story."

Before signing off, Kongara also revealed that she has plans to work with actors Mahesh Babu, Allu Arjun, and Hrithik Roshan.