One individual who tested positive of COVID-19, discovered by authorities in the nearby city of Hangzhou, had visited Disneyland on Saturday. 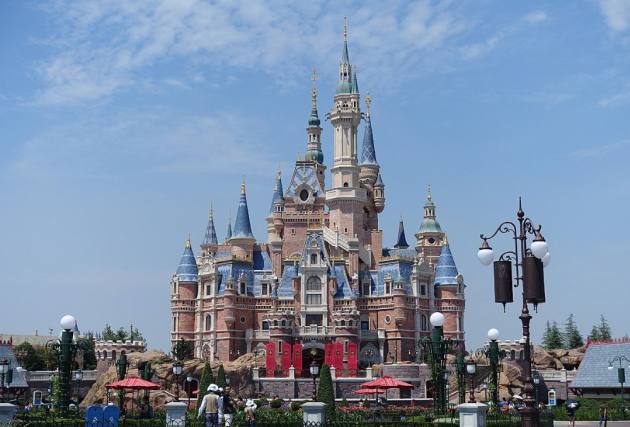 Disneyland Shanghai have announced that they suspended the park for two days “to cooperate with the pandemic investigation in other provinces and cities”, underscoring just how serious China is about enforcing its zero-tolerance pandemic prevention strategy.

One individual who tested positive of COVID-19, discovered by authorities in the nearby city of Hangzhou, had visited Disneyland on Saturday, local media reported.

On Sunday evening, Shanghai Disneyland announced they were no longer accepting any visitors and that they were cooperating with an epidemiological investigation from another province. They then locked down the park, as Shanghai city healthcare workers and police rushed to the scene to conduct a mass testing.

For hours on Sunday night, tens of thousands of families and visitors were stuck in the theme park, as they waited for a negative test result which would allow them to leave.

Fireworks boomed as the visitors at Shanghai Disneyland waited for their COVID-19 test results, surrounded by healthcare workers dressed in the white protective suits.

The city announced this morning that all 33,863 people who had been at the park over the weekend had tested negative for COVID-19. They will be asked to get tested again over the course of the next two weeks and monitor themselves for health reasons.

The park is shut for Monday and Tuesday as they continue to cooperate with the pandemic prevention efforts, Shanghai Disneyland said in a notice on Monday.

Globally, many countries have turned to living with the virus, whether out of choice or necessity, although as virus surges come and go, many face overburdened healthcare systems, and excess deaths.

In China, which has kept its borders sealed since March last year, the policy response has been to cut the chain of transmission of the virus as quickly as possible. With a strict quarantine on arrival policy, the authorities have aimed to get to zero locally transmitted cases in each outbreak they face.