Prior to her ‘Bigg Boss OTT’ win, Agarwal had won the reality show 'Ace of Space 1' and was also the runner-up at MTV Splitsvilla 10'. 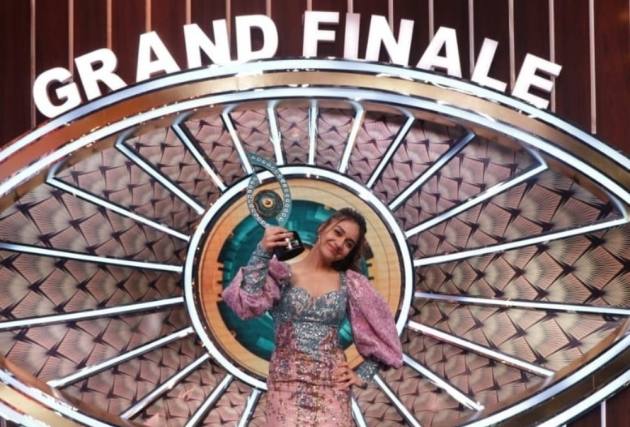 "Woman power zindabad,” exclaimed Gauahar Khan after she announced Divya Agarwal as the winner on the show.

She took home a cheque of Rs 25 lakh, the trophy and also a place in the ‘Bigg Boss’ TV show, hosted by Salman Khan, along with the other four finalists.

Agarwal had tough fight from Shamita Shetty, Nishant Bhat, Raqesh Bapat and Pratik Sehajpal. While Pratik had quit the game and became the first contestant of Salman Khan’s Bigg Boss 15, Shamita and Raqesh were eliminated on the basis of audience’s votes from the show.

Prior to her ‘Bigg Boss OTT’ win, Agarwal had won the reality show 'Ace of Space 1' and was also the runner-up at MTV Splitsvilla 10'.

Divya Agarwal was one of the most talked about contestants on the popular reality show which was hosted by Karan Johar. The actress had not just won hearts with her stunning looks and fashion statements, but her game was also on point on Bigg Boss OTT. Needless to say, she had garnered a massive fan following with her stint on the show and there were speculations about her lifting the winner’s trophy.