Actress Donal Bisht got evicted in a mid-week elimination earlier this week. In a chat with Outlook, she talks about what led to her getting booted out of the show, and how she feels everyone is faking it inside ‘BB 15’. 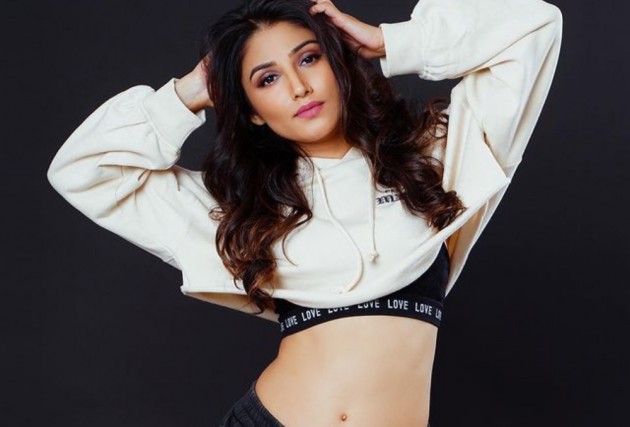 Actress Donal Bisht had to leave the ‘Bigg Boss 15’ house after a surprise mid-week elimination happened. Outlook caught up with her for a candid chat about her time in the house, and she opened up about the varied aspects of being inside the reality show. She talks about how people are there not with their hearts but they are all faking it for the cameras. Excerpts from the conversation:

You got evicted suddenly in the middle of the week. What went wrong?

The game plan happened. When I came out, I saw everyone wanted me. Still, I am trending on social media as people want me back in the house. It makes me happier just to know that I was positive and people loved me a lot and I won the show with a lot of love from the audience. What went wrong was the game plan that the other guys had. They knew that I had strong opinions, they knew that I used to take a stand for whatever is right and whatever is wrong, and I could not get manipulated by them and that was the issue that these guys had. Majorly Tejaswwi (Prakash), Vishal (Kotian), Jay (Bhansushali), Shamita (Shetty) - these guys were taking me as a threat. Especially, Tejasswi (Prakash). Every time inside the house they used to say that we will not let anyone stand in front of you anymore. Audiences can see all of this and that is why I am getting so much love today. I was there with dignity. So, I am happy. The others knew that I was intelligent enough to make my mark and they did not let me do that. It's like if you cannot destroy someone, you try and destroy their image, and these guys were doing exactly that. They knew that I was smart enough to tackle things and handle things in the right way. I would not scream and shout. I would say on the right point only that is why these guys took the decision then and there and they decided to take me out of the house.

Were you enjoying yourself inside the house, or did you feel you were getting out of place considering the mind games being played?

My family was is really happy. They thought that I did not deserve to be in that sort of a house where people were really bad. They said that people were bullying you but you stayed there with dignity and we are so proud of you and the whole world is with you.

To whom did you bond the best inside the house?

Afsana Khan, Nishant Bhat, Pratik Sehajpal - they were the ones who understood me. All of them never said anything against me. The others were something in front of me and something else behind my back.

I feel the game should be won by someone who has a golden heart. Tejaswi Prakash and Vishal Kotian for sure don't have that. They are doing it just for the camera and they are not actually those people. Karan Kundrra is still ok. Nishant Bhat is ok. I would definitely want Nishant to go ahead and win as he had never said anything behind my back. I can see now in the footage that Karan Kundrra still said some things behind my back. Even Pratik Sehajpal was upfront and told me whatever he had to in front of me. So, I would like them to win.

The rest of them. They are all followers.

Not at all. People who go inside the house force themselves to create such content. Vishal Kotian, Tejasswi Prakash, Jay Bhanushali know what will be shown on camera. Every time inside the house this was their constant discussion. If we do this, this will be shown on camera, etc. Nobody is there from the heart. They are just faking everything. When you are inside, you get to know all of that. We came to know that they were faking it all just for the camera.

According to you who is the most fashionable celebrity in the house?

They all used to be intimidated by my fashion statement. If I used to get dressed properly, the others used to also go in and get dressed properly and come out. If I wore a crop top, Tejasswi Prakash also went inside and wore a crop top, and came out. Vishal Kotian also once told me, why do you deck up so much? But I am like this and I am not faking it up. Karan Kundrra even told me once that you walk around like Miss India. But that is my personality. This is what I am. I am poised. I am decent. I am respectful. I cannot go down to your level. You all can stay whichever way you want but I cannot go down to that level. Looking at me they all used to get ready. Those people were following me, I did not follow anyone.

Definitely, I would love to go back. Now I know everyone, and how they are. I have seen everything. Now it would be fun if I go back.