‘Bigg Boss 15’ contestant Donal Bisht talks to Outlook about the show, how she is not afraid to give it back to people who poke her, and how she wants to stay nice and show others that even without fights the ‘BB’ game can be played. 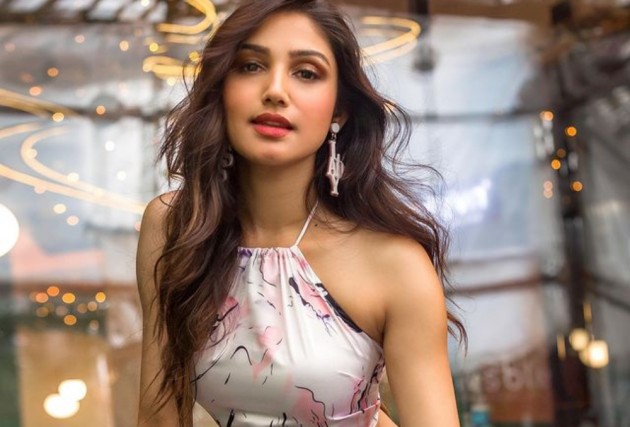 ‘Bigg Boss 15’ contestant Donal Bisht has been playing the game in quite a calm and cool way. She has been one keeping a low profile inside the house, but she has caught the eye of the audience. Her fans have been trending her name on social media, and people are loving the way she is keeping herself calm and composed amidst the numerous things happening inside the ‘BB 15’ house.

In a casual chat with Outlook, minutes before entering the show, she opens up about her thoughts about the game, how she is planning to play it as it comes, how she is nervous yet confident, how she has no game plan as such, and lots more. Excerpts from the candid conversation:

Are you nervous now that you’re in 'Bigg Boss'?

I am nervous. But I am fine mostly. Dealing with 14 people wouldn’t be that much of an issue because we are already dealing with a lot of erratic people in our own lives every day. So, I don’t think it would be much of a problem.

Have you been following the previous seasons?

Have you met Salman Khan before or this was the first time?

This was the first time.

Have you been offered Bigg Boss before as well?

Yeah. They have been offering me 'Bigg Boss' for the past three years. This is the time that I finally said 'Yes' to 'Bigg Boss'.

What prompted you this season to take it up finally?

I was in the right frame of mind. Also, I was doing a lot of work before and all of them were completed right now. So, I had time as well and the frame of mind was right. And, why not? It is a lifetime experience.

Are you hoping that Bigg Boss will give a boost to your career?

I don't have much idea (what will happen afterwards). We as actors are always in front of the camera, and any which way, whatever we are going to do, that gives us a boost. We have done a lot of work before. So a boost obviously will happen, because people will get to know you more. Whatever work you do, not only 'Big Boss'. If I do a film or a series, (it gives a boost). It's a part of our profession. But yes, being a reality show everybody sees it ('Bigg Boss'). So there is more hype in that sense. So yes, there can be a boost. After all, we are actors and we are here for this only.

Do you have a game plan?

Not at all. Do you plan games in real life? People who do so will be on the wrong page, I think. So no, I don't have any game plan.

As this is the jungle theme, is there any junglee (wild) side of you which people don’t know about and you would get to show off on ‘Bigg Boss’?

I don't want to show off. I think everybody has their (junglee) side. I am a mixed personality. I do get angry when you do something to me. So, everybody has a mixed personality, which I also have. So, if you poke me, you are going to get something back in return. That would be the junglee side which the general audiences have not seen (of me) because I was not at that platform before where the daily ways of life are being seen (by everyone). So, in 'Bigg Boss', they will see me how I am. And, I don't take sh*t (from people).

People go through a lot of things in the ‘Bigg Boss’ house, which enrages them a lot. How do you keep yourself calm?

I think over the years I have developed the thing. I am, in general, a calm person. I do my workouts and all. I am not someone who is always sitting with friends. I need my own space to know myself more, to understand the situations, etc. I do need time for myself to understand the situations and I do some workouts indulging myself in other works. I'm not just focusing on what happened, what's going to happen and what I'm going to do. I am not that kind of a person. I move on. I don't live in the past, and I think of the future.

Who do you think is your toughest competitor on the show?

(Laughs) The others in the house should think that I am their toughest competition. But seriously, I don't know the others (that well). I don't know who is a tough competition, but I am a competitor kind person. Competing with me would be tough.

Do you have a contestant whose journey you envy and wish that your journey becomes like that?

I do know the winners of many seasons, but I haven’t actually watched the shows. So I wouldn’t be able to follow anyone’s journey. There is no one who is my idol (for ‘Bigg Boss’). I would like to think that I would be an idol for many people. I feel people will get to see that you can be nice and people can be nice and others will still love you. You don’t have to fight all the time.