Don't Owe Anyone An Explanation Because Fat Shaming Doesn't Bother Me: Neha Dhupia

Bollywood actress Neha Dhupia has shunted the trolls about her excessive weight gain after the birth of her baby girl, Mehr. 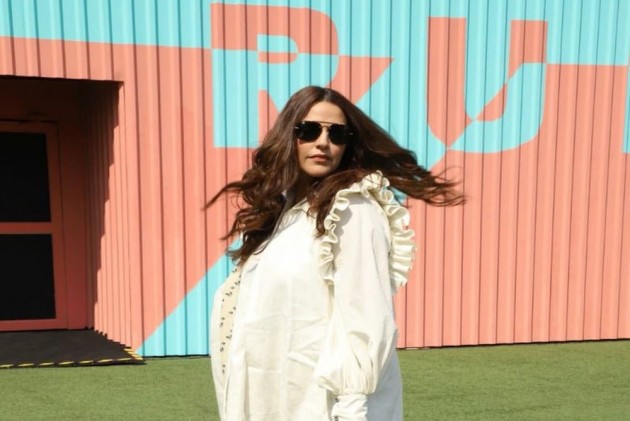 Bollywood actress Neha Dhupia on Saturday shunted the trolls about her excessive weight gain after the birth of her first baby, saying 'there is nothing to feel ashamed about'.

Taking to Twitter the actress said, "I don't owe anyone an explanation because fat shaming like this doesn't bother me one bit..."

"But I do want to address this as a larger problem because fat shaming needs to stop for everyone, not just celebrities", she quoted silencing her trollers.

"As a new mom I want to be fit, healthy and energetic for my daughter," she added.

Dhupia who is married to actor Angad Bedi said she takes working out seriously.

"Sometimes twice a day because for me... fitness is a priority and not fitting into society's standards regarding looks.’’

"And I hope in the future people are kinder to each other while making such vapid and vile comments," the 38-year-old added.

Apart from Neha Dhupia, many other Bollywood actresses have faced the heat of body shaming.

Actress Zareen Khan, who debuted opposite Salman Khan in Veer was bullied when she was a teen for her heavyweight.

However, she said nothing could ever hurt her as she used to ignore each of the negative comments. “Inspite of being so big I never let people’s comments or ideas about me bother me. Because it’s my life and my body and only I have the right to decide what I’m gonna do with it,” Khan said.

Aishwarya Rai Bachchan too was slammed after the birth of her first baby due to her weight gain.

Speaking to media, her husband Abhishek Bachchan said, “Yes, she’s a public figure, but people forget she’s also a woman and now a mother and there’s a line that’s not to be crossed. I don’t talk that way about any woman ever and it’s obviously not graceful for anyone to talk about her like that either.”

Bollywood actress Vidya Balan, who has been a constant subject of criticism too left no stones unturned to speak up for herself.

She said, ‘’I love to work out but I am not trying to defy my body structure anymore. I can’t change my body type. But I can change the way I feel about my body. And most days I feel absolutely sexy…Of course, if I am not having a bad hair day.’’

Not just the actresses, but also some well-known actors have also shamed heavily for their body weight. However, they took it positively and answered back the haters in a smart way.
Actor Fardeen Khan, who was once the most sort after hunks in Bollywood was shamed for putting on a lot of weight due to some personal problems. The actor eventually addressed this on his facebook account.

He wrote: "Happy to have been the weekends entertainment for all you trollers. If you have had enough fun please take the time to look at your own reflection. If trolling is what makes you feel better about yourself, you have to seriously think about your future prospects. My best wishes."