Bollywood actor Anupam Kher, who is on a holiday in Shimla, went down the memory lane with Outlook as he reminisced about his native town. 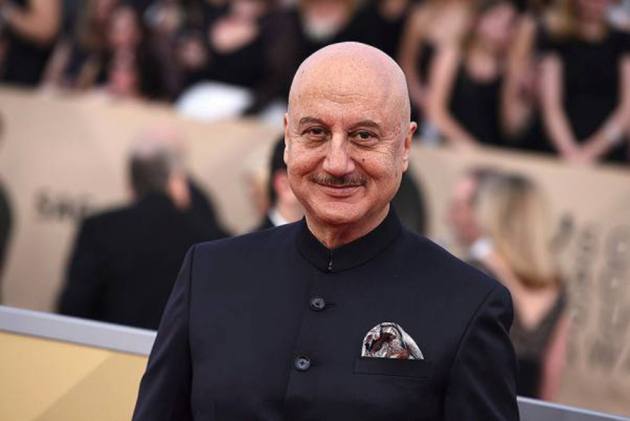 Beginning his day with yoga and breakfast with army personnel at ARTRAC, Bollywood actor Anupam Kher on Monday said his life’s mantra is, “Dream big and chase your dreams with utmost honesty and hard work.”

The actor, who is on a holiday in Shimla with his mother Dulari Kher, went down the memory lane with Outlook as he reminisced about his native town.

“Shimla has really changed a lot. Everywhere there are big buildings and hotels, now. But despite this neither the beauty of Shimla nor its people have changed. They are still the simple, honest and hospitable kind and that’s what I love about this place,” Kher said.

The actor began his day by visiting the police headquarters in Shimla to meet DGP Sanjay Kundu and his team and later he received an invite from Chief Minister Jairam Thakur to meet him at Oak-Over, his official residence. After that Kher had a casual stroll at the mall in the evening.

The actor, who is on a nostalgia trip, also visited his school-- DAV Lakkar Bazar, two days back and he paid a surprise visit to AIR’s Shimla office. Interestingly, Kher was hired as an announcer at the station in 1974 but he got fired on the very first day of his job.

Talking about the incident, Kher said, “Failure is an event and one must not think of it as the end of the road. Rather it opens new avenues. Had I not fumbled and faulted at AIR, I would not be the star I am today with 580 films to my credit.”

The innocence of the people of Shimla is what I love the most, the actor further said as he recalled an incident that occurred this morning when he encountered a milk vendor by the name of Gian Chand. Chand didn’t recognise Kher despite the actor introducing himself.

“This is the innocence I love about Shimla. I shot a small video with Gian Chand ji, who despite me introducing myself couldn’t identify me. Eventually, I made a video call to his son—an army man, who did not take a second to recognise me and eventually he convinced his father,” Kher said.

During his discussion with the chief minister, the Bollywood star was handed over the newly approved Film Policy of the state.

“I have gone through the document. It’s very good. There is a need to take it further and open Himachal Pradesh’s doors to film shootings. There are majestic mountains, valleys, rivers and the beauty of nature is visible across the state. Now that Lahaul-Spiti has also opened up after the Rohtang Tunnel, I am planning to do some shooting and take my home production unit there. The state has huge potential, which needs to be exploited,” he said.

His message to media professionals in Shimla, was for them to turn into entrepreneurs by setting up their own blogs and posting stories and sharing information about Shimla to make the world aware about the city and its wonderful people. "Such stories will sell as people want to know more about Shimla and Himachal Pradesh,” Kher said.

Meanwhile, the Shimla Press Club, which invited him for an informal interaction, honoured Kher for his contributions to the Indian cinema and the country in general.