Filmmaker Jay K talks to Outlook about his latest horror film ‘Dybbuk’ and how he went about making the Emraan Hashmi starrer film. 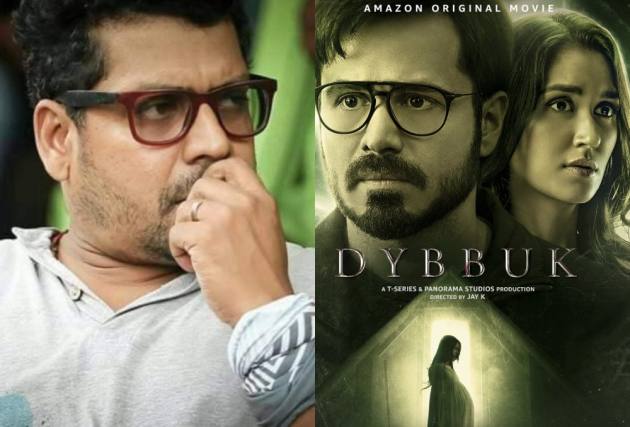 ‘Dybbuk’ director Jay K speaks up about his latest horror film with actor Emraan Hashmi in the lead, which turned out to be one of the biggest hits on the OTT platform. He opens up about why decided to remake his Malayalam film ‘Ezra’ in Hindi, why he picked Emraan Hashmi for the role, how he shot the film amidst the pandemic and his personal experience with the paranormal world. Excerpts from the chat:

Why did you decide to name the film ‘Dybbuk’?

It was a remake of your own film ‘Ezra’. I would like to know what was the germ behind the idea of this film? Where did it all start from?

Yes, it was a remake of my own Malayalam film, ‘Ezra’. I am from Cochin, down south. We had a thriving Jew population culture there once upon a time, but then they started migrating to Israel and now there is only a handful of Jew population left in Cochin. So, I had this opportunity to interact with many of the Jews and I was fortunate enough to get to know their culture, their myths and folklore. So, during that interaction, I happened to get to know about a ritual called ‘Kabbala’. It is a Jewish magical practice and that was from where I came to know about ‘Dybbuk’ and I thought it was a potential content that could be used to make a good horror film.

Emraan Hashmi has done quite a few horror films in his career. Was that why you picked him to be the lead in the film?

First of all, Emraan is a brilliant and very intense actor and he has previous experience of working in horror films and he is known for this particular genre. He happened to see the film (‘Ezra’) and he liked my adapted screenplay.

Do you think the horror genre has not been explored enough in Bollywood?

Definitely! Not only in the Hindi film industry, even for that matter in the regional industry also. In India, I think horror is a much-underexplored genre. It has immense potential and I think it is high time we tap on it because as a country we have that much content that will fuel this genre. (We have) lots of cultural diversity, mythology, folklore. So, I think it is high time the filmmakers, actors collectively as an industry, we need to explore more of the horror genre.

You shot the movie in Mauritius. Any particular connection to the story?

The story is set in Mauritius. It is about a couple who shift to Mauritius for work purposes and then what happens to them. So, we were looking for a perfect serene island and Mauritius was a perfect choice. It has a very shooting friendly location.

Have you personally experienced any paranormal activities in real life?

You have come from the south with vast experience. What differences do you see in the Hindi film set and the South film set?

Actually, I started off here in Hindi. I used to assist a couple of filmmakers in their direction department. That is how I came to the industry. So, going to the south was to make my first narrative feature film. Hindi was always my workspace. Having said that, the process of filmmaking in both the film industries is more or less the same. I could not find much of a difference between the two industries when it comes to the making process. In the south, I think the films get made in a span of 4-6 months whereas in Hindi it might take a little longer, maybe 10-12 months. So, apart from the time duration more or less everything is the same.

You have shot for the movie amidst the pandemic? How difficult is it to shoot in this ‘new normal’?

I had to shoot one schedule after the first lockdown. Most of the indoor, horror sequences were shot after the first lockdown and the irony was that while we were shooting the horror sequences indoors, the atmosphere around outside was also equally scary because of the pandemic. To be honest, it is difficult to shoot in this ‘new normal’. There are several restrictions. There are certain pandemic related policies we need to adhere to. Keeping that in mind we had to make slight adjustments and we had to be more careful and cautious. So, I would say that was a little tricky but we had no other option because we had to keep things going.

Will we see more films coming from you in Bollywood? Or you will go back to directing south films again?

I would love to shuffle between south and Bombay. I am a person who is settled in Mumbai for the last few years.

What after this can we see coming from you?

Well, down south I am supposed to start a comedy film. It was supposed to start before the pandemic but it is on such a big scale film, so we had to delay it because of the pandemic. If all goes well, maybe I will start working on it soon. Talks are also on with a couple of Bollywood production houses. So, I have a couple of interesting things lined up but it is too early to reveal anything.