The who’s who of Bollywood descended at the Diwali party thrown by Ekta Kapoor. Here are some of the pictures and videos from the bash. 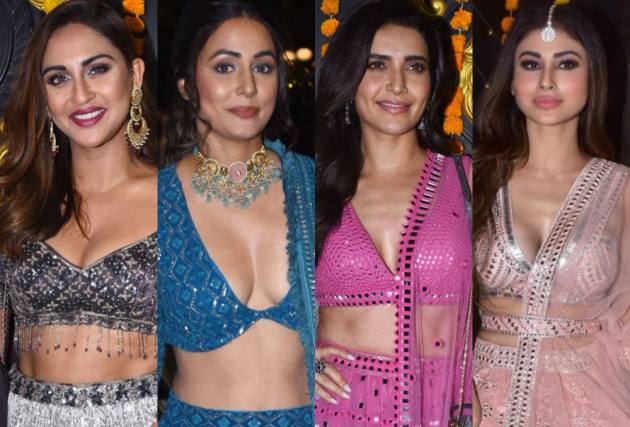 Several attendees posted inside photos and videos from Ekta Kapoor's Diwali event. Ibrahim Ali Khan could be seen posing with Srishti Behl Arya and others in one of the images. He was dressed in a black kurta with silver embroidery.

At the Diwali event, Ibrahim Ali Khan posed with others. Karishma Tanna attended the party and was seen posing for pictures. Anita Hassanandani, Krystle D'Souza, and Ridhi Dogra were among those present.

Ekta Kapoor began the Diwali festivities on Sunday with a small gathering at her home. She posed for photos with Karishma Tanna and Anita Hassanandani.

Next week, Ekta Kapoor will fly to New Delhi to collect her Padma Shri. She is to receive the fourth highest civilian honour. She would be joined by her father, actor Jeetendra. The event will be held on November 8.

Ekta Kapoor remarked in a statement after receiving the confirmation for the Padma Shri that she was "overwhelmed and emotional." She also talked about her experience in the entertainment world, where she started working at the age of 17.

“I constantly heard I was ‘too young’, ‘too raw’ and it was ‘too soon’ to make things happen. Through the years I’ve realised it’s never ‘too soon’ to live out your dreams and being ‘too young’ is probably the best thing. Today, as I’m conferred with the 4th highest civilian honor- ‘Padmashri’, I’m humbled,” she had said.