The filmmaker was talking to popular comedian, Kapil Sharma, when she revealed that her mother has told her to always touch "Gulzar ji's feet", every time she meets her. 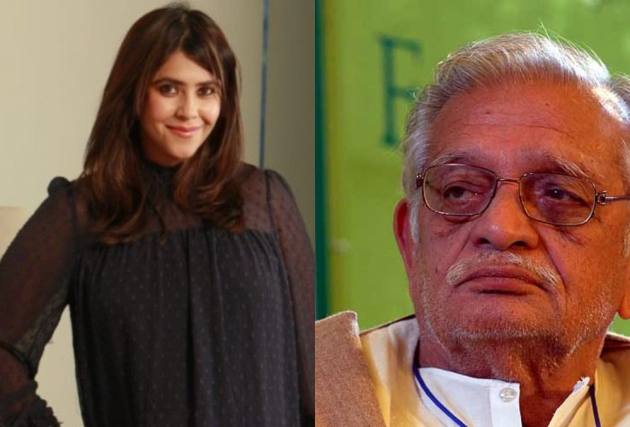 Filmmaker producer Ekta Kapoor has revealed that she doesnt touch the feet of any of her seniors in the industry, except her father, veteran actor Jeetendra's 'guruji', filmmaker Gulzar.

The filmmaker was talking to popular comedian, Kapil Sharma during an episode of the latter's popular show 'The Kapil Sharma Show', when she revealed that her mother told her to always touch "Gulzar ji's feet", everytime she meets her.

Kapoor also recalled meeting Gulzar for the first time and touching his feet. “It was the most beautiful moment because he saw me, I didn’t even have to tell him I’m papa’s daughter and he remembered me by my pet name,” she said.

Jeetendra starred in 'Parichay', directed by Gulzar, alongside Jaya Bachchan and Pran. In the film, partially inspired by the Hollywood film 'The Sound of Music', he played a tutor to five children who drove away every other teacher with their mischievous behaviour.

In a promo for 'The Kapil Sharma Show', Jeetendra revealed that Ekta once acted in a production of the epic Ramayana, which was staged on the terrace of their building. She played Raavan in the play.