The trio have been honoured with Padma Shri for excellence in the field of performing arts. 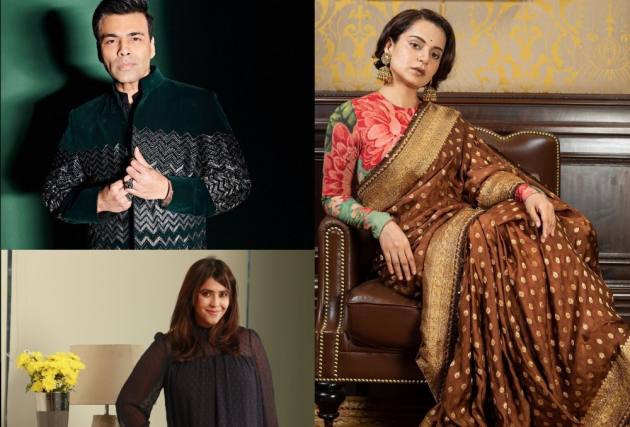 Filmmakers Ekta Kapoor and Karan Johar along with Bollywood actor Kangana Ranaut, who were were conferred with the fourth highest civilian honour, Padma Shri Award, last year, will be receiving their award in a ceremony which will take place in New Delhi on November 8. The trio have been honoured with Padma Shri for excellence in the field of performing arts.

“It’s a government function and the invitations have already been sent to the winners. They are all excited to receive the prestigious award from the officials for their excellence in the field of performing arts,” revealed a source close to the development.

Interestingly, veteran Bollywood actor, Jeetendra too will be travelling to New Delhi with his daughter Ekta. “The filmmaker wants her father to witness the prestigious moment live. All the requisite formalities are completed,” the source added.

Back in 2020, Ekta Kapoor had spoken about her Padma Shri win. “Overwhelmed Emotional! My foray into the industry started when I was just 17. I constantly heard I was 'too young', 'too raw' and it was 'too soon' to make things happen. Through the years I've realised it's never 'too soon' to live out your dreams and being 'too young' is probably the best thing. Today, as I'm conferred with the 4th highest civilian honor- ‘Padmashri’, I’m humbled,” read her letter which she had posted on social media.

Karan Johar too, was ecstatic about the win. In an interview with Mumbai Mirror, the filmmaker had said that he got the news while he was on a recce for his director ‘Takht’.  “I was shocked! I was trying to call my mother to speak to my kids while scouting for locations for ‘Takht’ in a forest in Italy but couldn’t get through. I walked around exasperatedly in search of reception when suddenly the phone rang. I don’t usually answer calls from unknown numbers but thank God I answered this one,” he had recalled.

“It was from the ministry. I couldn’t believe this was happening to me. I managed to thank them but after the call ended, I went numb. I was standing there alone, when this news dropped. I called my mother despite the terrible network. She broke down when I told her I’d got the Padma Shri,” he added.