Emma Watson Almost Quit Her Role As Hermione Granger In Harry Potter; Says She Was Scared

"I think I was scared. I don't know if you ever felt like it got to a tipping point where you were like, ‘This is kind of forever now’," said Hollywood star Emma Watson. 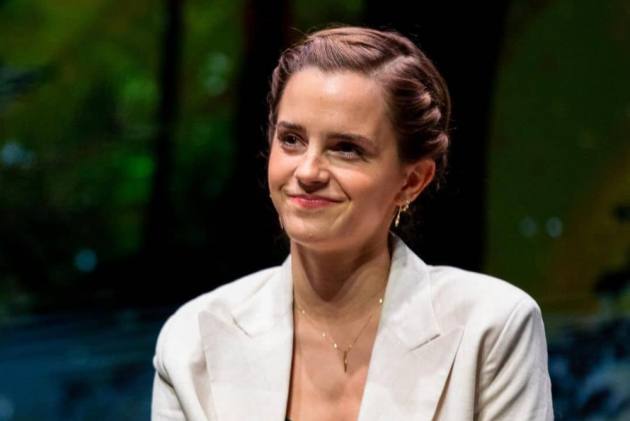 Actress Emma Watson almost abandoned the successful Harry Potter franchise at one time, according to a clip from the upcoming Harry Potter reunion, 'Harry Potter 20th Anniversary: Return to Hogwarts.' Hermione Granger was played by the actor in the series.

When the first Harry Potter film, 'Harry Potter and the Sorcerer's Stone,' was released, Watson was only 11 years old. She played Hermoine in the eight-part series for a decade, becoming known as the fictional character.

According to a report by the Hindustan Times, the reunion episode features 'Harry Potter and Order of the Phoenix' director David Yates indicating that during the filming, he was cautioned by the studio that Watson ‘wasn’t sure if she wants to come back.’

Watson divulged that she was ‘scared’ and lonely at the time. "I think I was scared. I don't know if you ever felt like it got to a tipping point where you were like, ‘This is kind of forever now’," she said. "It was around the time of Order of the Phoenix when things started getting spicy for all of us," she added.

Fans wished for the cast's success, but the actor noted that the popularity had 'hit home.' "The fame thing had finally hit home – in a big way. No one had to convince me to see it through. The fans genuinely wanted me to succeed, and they all genuinely have each other's backs. How great is that?" she said.

Tom Felton, who played Draco Malfoy, stated that Watson was ‘by herself.’ “People definitely forget what she took on and how gracefully she did it. Dan (Daniel Radcliffe) and Rupert (Grint) had each other, I had my cronies, whereas Emma was not only younger, she was by herself,” he said.

Not only was Watson thinking about her future in the franchise, but her co-star Rupert Grint was as well. “I also had sort of similar feelings to Emma, contemplating what life would be like if I called it a day. We never really spoke about it. I guess we were just going through it at our own pace, we were kind of in the moment at the time. It just didn't really occur to us that we were all probably kind of having similar feelings,” he said.