'End Of An Era': How India Is Mourning Iconic Actor Soumitra Chatterjee's Demise

Actors, politicians, writers, and fans took to social media to salute the actor's life and craft. 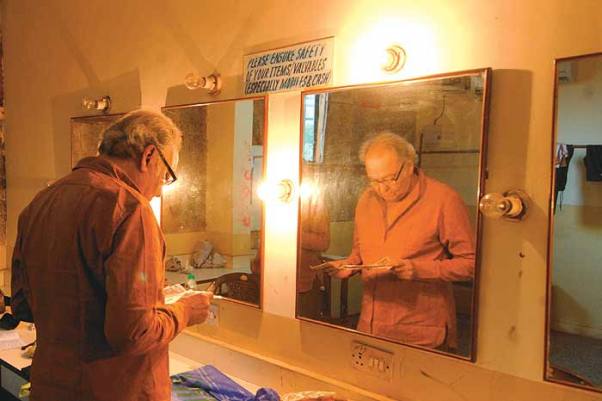 Legendary Bengali actor Soumitra Chatterjee passed away on Sunday afternoon in Kolkata, after battling ill health for over a month. The Dadasaheb Phalke award-winning actor is celebrated for his collaborations with Oscar-winning director Satyajit Ray and his sixty-year-long contribution to cinema.

Tributes instantly poured in online to honour and remember the actor's rich legacy.

With the passing of Soumitra Chatterjee, Indian cinema has lost one of its legends. He will be specially remembered for the 'Apu' trilogy and other memorable performances in Satyajit Ray's masterpieces. He made immense contribution to the craft of acting.

Shri Soumitra Chatterjee’s death is a colossal loss to the world of cinema, cultural life of West Bengal and India. Through his works, he came to embody Bengali sensibilities, emotions and ethos. Anguished by his demise. Condolences to his family and admirers. Om Shanti.

request friends in the media to not call and ask for a ‘reaction’. This pain, is too personal. This loss doesn’t belong to words, belongs to me alone. #SoumitraChatterjee

I grew up watching his films day after day. So working with him in #15ParkAvenue was surreal. He answered all my questions on how it was to work with #SatyajitRay with generosity and warmth. It’s been a privilege, Soumitrada. Rest in peace. pic.twitter.com/cZsjAxsSEC

Soumitra Chatterjee was a Bengali legend. He epitomised Bangla films & the Bengali character. He will live on in our imagination. The cultural life of Bengal will be a little poorer without him.

RIP Soumitra Chatterjee! You live on through your work for eternity! Thank you for the movies. A big, big loss to the world of cinema and art. An era has indeed ended with no one in sight to fill the void.ðÂÂÂÂÂÂÂÂÂÂÂÂÂÂÂÂÂÂÂÂÂÂÂÂÂÂÂÂÂÂÂÂÂÂÂÂÂÂÂÂÂÂ pic.twitter.com/ysXiACW6ex

End of an Era for Bengali Cinema.There are too many performances of this amazing artists that has enriched our lives for decades to mention a few. World Cinema will celebrate this beautiful man & his art for eternity. Rest in peace. You r Loved and Cherished. #SoumitraChatterjee pic.twitter.com/SE2Z506k6i

From Satyajit Ray’s Apur Sansar onwards, multitudes of moviegoers were under the spell of #SoumitraChatterjee The Ray -Chatterjee team was as enduring and enchanting as the other two famous collaborations - Akira Kurosawa-Toshiro Mifune and Federico Fellini-Marcello Mastroianni. pic.twitter.com/Lf1MXdGKDW

Chatterjee had tested positive for Covid-19 last month and was admitted to Kolkata's Belle Vue Clinic hospital since October 6.  "We declare with heavy heart that Shri Soumitra Chattopadhyay breathed his last at 12-15 pm at Belle Vue Clinic today (15 November 2020). We pay our homage to his soul," an official statement said.

Devastated at the news of the death of #SoumitraChatterjee - he represented the highest ideals of what being Bengali means, supremely refined, wonderfully cosmopolitan, and very Bengali. Bengal has lost these virtues. His death must remind us to bring these back. Om Shanti.

A great loss for Bangla Cinema; the demise of the legend, Shri Soumitra Chattopadhyay. Rest in peace, you'll live forever in the hearts and household of Bengal.

I have no words to express my grief ....! Great loss for Indian and International film industry....Rest in peace Soumitra Chatterji ðÂÂÂÂÂÂÂÂÂÂÂÂÂÂÂÂÂÂÂÂÂÂÂÂÂÂÂÂÂÂÂÂÂÂÂÂÂÂÂÂÂÂ pic.twitter.com/c5isdneYeG

Feluda’ is no more. ‘Apu’ said goodbye. Farewell, Soumitra (Da) Chatterjee. He has been a legend in his lifetime. International, Indian and Bengali cinema has lost a giant. We will miss him dearly. The film world in Bengal has been orphaned 1/2

Deeply pained to learn about the demise of legendary Soumitra Chatterjee ji. An iconic actor, who took Bengali cinema to new heights. In Soumitra Da, Indian silver screen has lost a gem. My thoughts and prayers are with his family and countless followers. Om Shanti Shanti Shanti

Deeply saddened to learn legendary actor Soumitra Chatterjee has passed away. A versatile artist, he earned the world’s admiration and many awards, including ðÂÂÂÂÂÂÂÂ«ðÂÂÂÂÂÂÂÂ· Order of Arts and Letters & Legion of Honour. My heartfelt condolences to his family and fans. pic.twitter.com/cuRW3REF3k

It’s sad to hear of the demise of Dadasaheb Phalke awardee Shri Soumitra Chatterjee, an actor par excellence who the nation has revered over the years.

My heartfelt condolences to his family, friends and fans. pic.twitter.com/XsbNmfF5AI