Esha had made her debut way back in 2002 with a lot of fanfare with Koi Mere Dil Se Poochhe and won almost all the best debutante awards in town for the year. 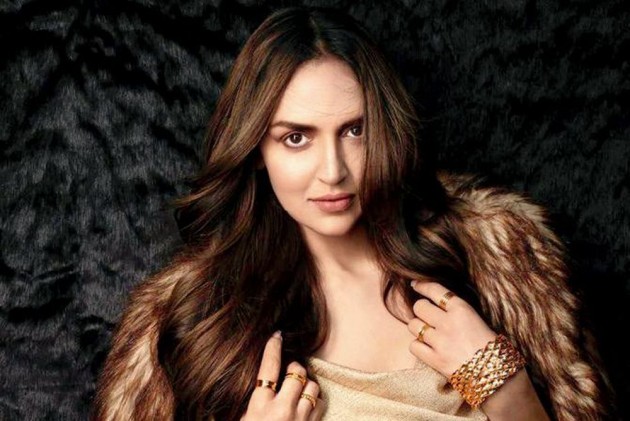 Short is beautiful, at least for Esha Deol. What 28-odd feature films which she did in her heyday failed to do, a 27-minute short film appears to have done for Hema Malini’s daughter now.

The 37-year-old actor has been receiving the kind of rave reviews for her performance in Cakewalk, which had eluded her all through her career in mainstream cinema. Directed by journalist-turned-filmmaker Ram Kamal Mukherjee and Abhra Chakraborty, the film tackles the theme of the rising numbers of divorces among young couples in the face of rapid urbanisation in the country. Playing a middle-class working woman who falls back upon her passion to build a career out of it, undeterred by the setbacks in her personal life, Esha has turned in a layered performance, much to the surprise of the critics. The film shot in Calcutta boasts of superb cinematography, taut script and good music and direction but it is Esha’s character of a chef working at a five-star hotel in Calcutta, which turns out to be the icing on the cake(walk).

For the uninitiated, Esha had made her debut way back in 2002 with a lot of fanfare with Koi Mere Dil Se Poochhe and won almost all the best debutante awards in town for the year. But barring a few subsequent movies like Mani Ratnam’s Yuva (2004), she failed to live up to expectations owing primarily to the poor selection of movies. Even the mega success of No Entry (2005) failed to lift her career. Finally, she took a sabbatical in 2008 for three years before staging a comeback with her mother’s Tell Me O Kkhuda (2011). But it too also failed to resurrect her career. With marriage and motherhood happening soon thereafter, it appeared that she had decided to bid adieu to her film career for good. But last year, Mukherjee, a family friend who had earlier penned down Hema Malini’s biography, convinced Esha to give her acting career one more try with an offer she could not refuse.

Overjoyed with the response to her role now, Esha tells Outlook that she had full faith in Mukherjee’s directorial abilities when she agreed to do his film. “I knew he would give it all to make a remarkable movie,” she says.

Mukherjee says that its success has reinstalled his faith in good content. “It feels great that the viewers have appreciated our endeavour,” he says. “I hope more and more people will watch it in the days to come.”

The success of Cakewalk has yet again underlined the power of short films, a format which is getting increasingly popular across the world, including India, luring more and more established filmmakers and actors not only from the parallel cinema but also from the mainstream films.

Recently, Indian filmmaker Guneet Minga’s short film, Period. End of Sentence, based on the taboos around menstruation in India, won the coveted Oscar award in the best documentary (short) category at the 91st Academy Awards.