Even Virat Kohli Gets Trolled BUT Sad To See Memes On Sadashivrao: Arjun Kapoor

In an exclusive chat with Pinkvilla, Arjun Kapoor opened up on trolls and said that he is all in for trolls but it must not hurt the sentiments of other people. He will next be seen in Panipat along with Kriti Sanon. 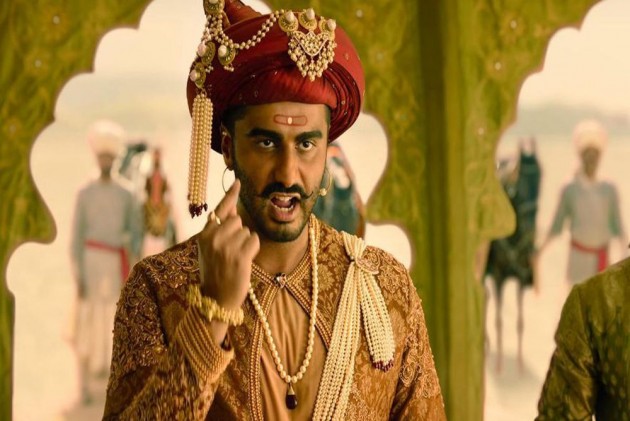 Arjun Kapoor will soon be seen in his first periodic drama titled Panipat: The Great Betrayal. The movie also stars Kriti Sanon, Sanjay Dutt, in lead roles and has been directed by Ashutosh Gowarikar. Ever since the trailer of the movie was dropped, people have been waiting to watch how this story is being told on celluloid, however, a certain section posted innumerable memes on Sadashivrao, played by Arjun and even made several comparison posts.

In an exclusive chat with Pinkvilla, Arjun opened up on trolls and said that he is all in for trolls but it must not hurt the sentiments of other people. He is all good when people troll him but when it is the character getting trolled, he finds it a bit OTT. He said, "I love memes. I am the first person who laughs at myself. I have done a roast, so one can imagine what I can do when it comes to being easy on yourself. My only thing is that when everyone wants to be sensitive about certain things that we have represented, nobody is being sensitive about the part that we are talking about martyrs who have laid their lives for the country." He continued, "I haven't seen anyone make a meme on Subhash Chandra Bose or Shahid Bhagat Singh. But memes are being created on SadashivRao is being made and no one is saying anything. That means it is a business of convenience for them. You make fun of Arjun Kapoor, I am okay with it because that happens to be best of us. Even Virat Kohli gets trolled despite consistency. I can take it. So, I want to give them a jadoo ki jhappi to them."

Kriti added to it saying that trolls are the best form of gauging the buzz for any movie today. Panipat releases on December 6, 2019.