The versatile actor says, 'I observe people, human behaviour, how they speak and keep all that in my data bank (head) for drawing references. 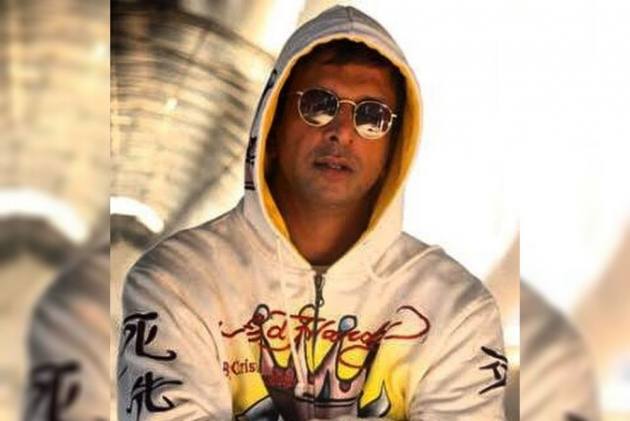 Actor Jaaved Jaaferi, who juggles both serious and funny roles with equal elan, describes himself as an observer who believes in bringing real-life experiences on to the screen.

The actor, known for films like "Salaam Namaste", "Dhamaal" franchise, and "Bala", said he only focuses on giving his 100 per cent to every character.

"I try to bring something novel in every character. That's my responsibility. For me, every character needs homework, you have to flesh out things. It is important to play every role with honesty," Jaaferi told PTI.

The 57-year-old actor is gearing up for the release of "Coolie No 1", in which he stars in the dual roles of Jai Kishan and Jackson, a pandit-cum-matchmaker and secretary to Varun Dhawan's titular character.

Jaaferi, whose previous release for this year was the Netflix film "Maska", said his role in the David Dhawan-directed comedy has the scope to be both funny and serious.

He often draws references from the "data" he has collected over the years, the actor said.

"I have been an observer. I observe people, human behaviour, how they speak, etc. I keep all that in my data bank, in my head. I also work on external factors like wig, moustache, etc."

Also starring Sara Ali Khan, the new take on the 1995 hit film will be out on Amazon Prime Video on Friday. The original, also directed by David Dhawan, featured Govinda and Karisma Kapoor.

Jaaferi is also looking forward to his diverse, forthcoming projects -- he plays an ATS officer in Akshay Kumar-starrer “Sooryavanshi”, a cop in “Bhoot Police” also featuring Saif Ali Khan and Arjun Kapoor, and “Jaadugar”, in which he will be play the role of a sports coach.

The actor said he will also start shooting on an untitled film with Sanjay Dutt, Suniel Shetty and R Madhavan in May-June 2021.

Jaaferi also has projects like tech-thriller web series "Escaype Live" for Hotstar, a dubbing game show with Netflix, which is the vein of his popular series "Takeshi's Castle", and a wildlife show with National Geographic.