Kiara made her debut with 'Fugly' in 2014, but was first noticed in 'M S Dhoni: The Untold Story' two years later. 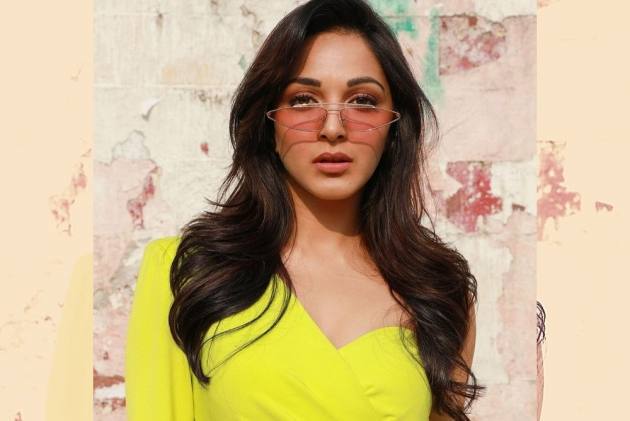 Kiara Advani says every film of hers has been a building block in shaping her career and the actor believes her best is yet to come.

The actor, who made her debut with the Akshay Kumar-produced "Fugly" in 2014, was first noticed in Sushant Singh Rajput-starrer "M S Dhoni: The Untold Story" two years later.

After some hits and misses, it was Karan Johar's segment in the 2018 Netflix anthology film "Lust Stories", in which Advani played a newly-married woman with a dull sex life, that turned out to be her breakthrough performance.

"I work hard on every film of mine as I did on my first film. For me, every film has been instrumental in shaping my career and journey but I feel the best is yet to come.

"I am in a happy space with the offers that are coming my way. I am happy filmmakers are seeing the potential in me to play different characters," the 28-year-old actor told PTI in an interview.

The year 2019 gave her wings to fly, Advani said, who catapulted to fame after the box office success of "Kabir Singh", starring Shahid Kapoor in the title role. She followed it up with the hit comedy-drama "Good Newwz" and Netflix film "Guilty".

The actor believes success and failure shouldn't be taken seriously and one must rather stay focused on delivering good work.

"I have learnt it the hardest way from my first film and it has been the most grateful lesson. 2019 has been an amazing year then 2020 happened, nobody knew this (coronavirus pandemic) would happen. It is important to live in the present, enjoy the journey, and do your work with the best of your capability," she added.

"Each film and character has been different. I look to play versatile parts and I hope to continue doing it," she added.

The actor is looking forward to the release of "Indoo Ki Jawani", in which she plays the title role.

"All films are testing ground for actors. 'Guilty', which I had headlined, released on Netflix earlier this year too was a testing ground and I am glad we got a lot of love for it. It feels good when the work is appreciated. We have made 'Indoo Ki Jawaani' with a lot of love and we are excited it is releasing in theatres," she said.

Directed by Abir Sengupta, the film is described as a coming-of-age comedy will see Advani play a feisty woman whose left and right swipes on a dating app results in hilarious chaos.

Produced by T-Series, Emmay Entertainment, Niranjan Iyengar and Ryan Stephens, "Indoo Ki Jawaani" is slated to be released in cinema halls on December 11.

Advani will next be seen in "Shershaah", based on the true story of the Kargil War hero Vikram Batra, and the comedy "Jug Jugg Jeeyo".