Malayalam actor Fahadh Faasil's selfie with Kamal Haasan from the sets of the upcoming film, 'Vikram', has gone viral ever since it was posted over the weekend. 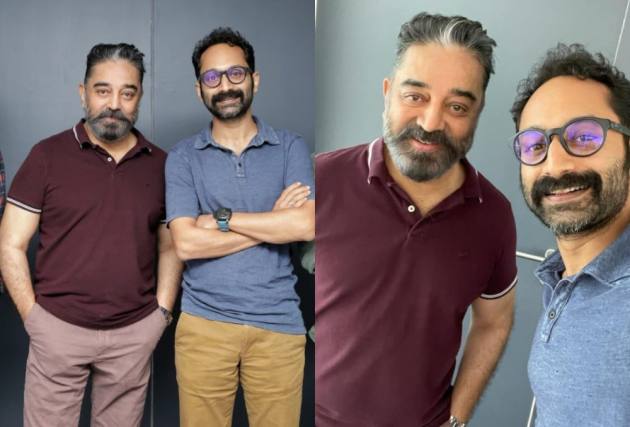 Ever since Malayalam actor Fahaad Faasil, shared a selfie with veteran actor-producer Kamal Haasan on social media as he started shooting for their upcoming film ‘Vikram', fans of both actors couldn’t stop sharing the picture and their excitement to see the movie which will feature these two actors.

Since then, photos of Faasil on the sets with the film’s director, Lokesh Kanagaraj, and other members of the film's crew have also been doing rounds on social media.

Every person on the set is considered super lucky to watch 3 specialists - KH, FaFa and VJS at work. pic.twitter.com/WMwzqx2GQ1

According to reports, a special screening of Faasil’s recently released film, ‘Malik’ was also organised on the sets of the film, while the cast was taking a break from the shooting. Haasan later said that the film would have been a super hit, had it released in theatres.

In December last year, it was announced that Faasil is playing the antagonist in the film. In April, the actor confirmed the news and added that he was going to play the role of a politician in the upcoming action-thriller, which is written and directed by Lokesh Kanagraj and will also feature actor Vijay Sethupathi.

The film will see Haaasan in the police uniform after a gap of 15 years. Several reports also suggest that a few flashback sequences in the film will involve using the de-aging technique, similar to the one which was also used in Martin Scorsese’s 'The Irishman', to portray a younger version of Kamal Haasan.